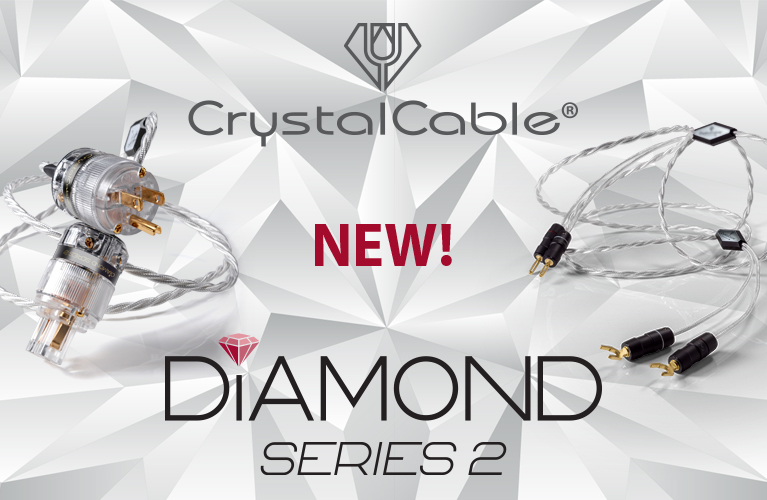 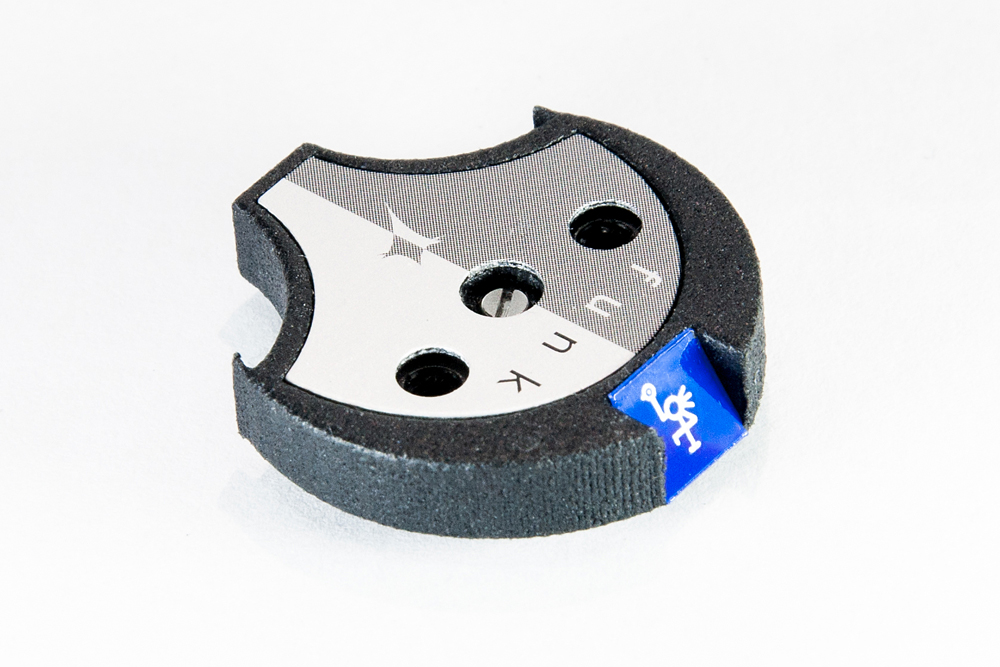 Obviously, The Funk Firm’s Houdini cartridge decoupler hints at some kind of trickery, some wand-charm waived onto this unique product. Audacious association aside, Houdini shows evidence of ingenuity with genuine performance potential. How did the Houdini perform, after taking… umm, sheltering support over our already sonically stellar in-house cartridge and tonearm combo? Can Houdini free your sound from its resonant captive chains? Will the diminutive component’s performance captivate through to the final Prestige?

Since 2005, The Funk Firm’s Arthur Khoubesserian, a physicist tagging himself as a ‘Mad Scientist’, has been developing left-of-field technologies and products often exhibiting somewhat radical ideas. The Funk Firm’s tonearms, for example, have been designed with cunning engineering, applying unusual techniques to deal with age-old issues. Take the ‘F.X’ cross-bracing tonearm tube cores which mitigate resonance, a simple technique which instigates the thought “why hasn’t someone done that before?” and other patent-pending ideas (the new ‘Strata’ platter material piques my interest).

So it’s a tradition of simple, clever innovation. Khoubesserian was the founder of Pink Triangle, a company responsible for the introduction of a number of unique and, at the time, ground-breaking technologies. Khoubesserian tends to challenge the establishment by going about things somewhat differently. He examines each aspect of design with an eye to not just improve, but to also innovate. When it comes to the interface between cartridge and headshell, Khoubesserian has strong opinions on what represents correct playback conditions. His research on the properties of cartridge isolation and its performance maximisation led him to examine resonant aspects of the coupled relationship between cartridge and headshell. Enter Houdini.

It’s telling that similar products have been attempted before with debatable success both in terms of performance and commercial market penetration. Enthusiasts have also concocted spacers of varied materials to fit between cartridge and headshell. I vaguely recall a ‘tweaks’ specialist company offering cartridge spacers of some specific material but a quick search returned zip. There are cheap Delrin spacers available here and there. Origin Live’s ‘Cartridge Enabler’ and The Cartridge Man’s ‘The Isolator’ seem to be basic spacers providing damping or combining coupling and isolation. Some companies provide a rubber gasket which fits between a removable headshell and the tonearm interface as a form of isolating the two components, however, this approach would provide varied results depending on the gasket’s efficacy and the overall tonearm construction. Compared to all of the above, Houdini’s unique approach is… high-tech. 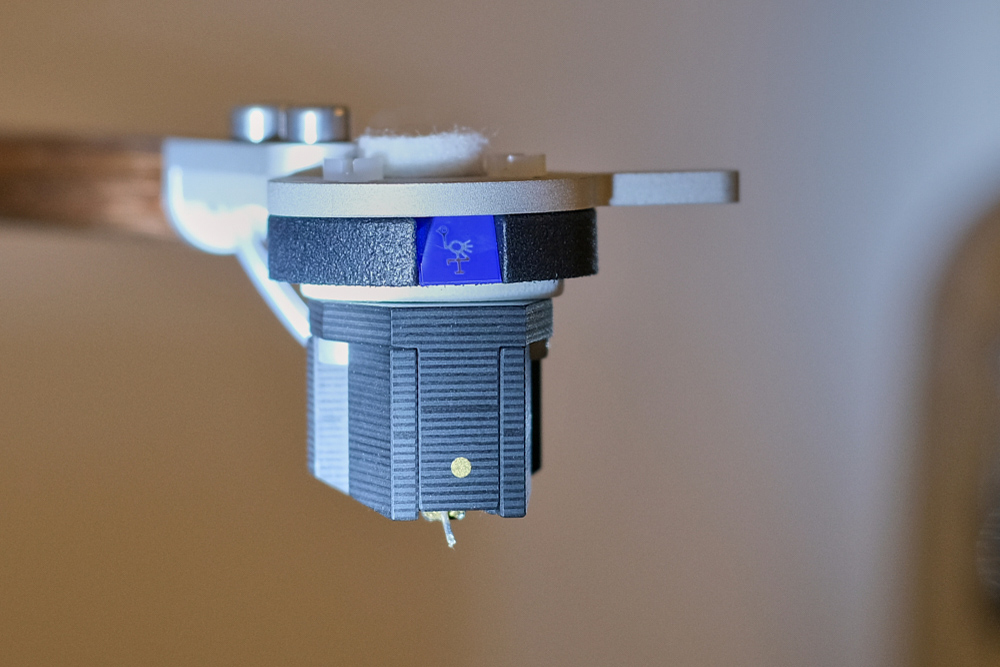 Houdini is a promising principle and, on the surface, would appear to be simplicity itself. Except that its execution is actually deceptively complex. It’s a small component only just wider than your average cartridge. In our case, quite fortuitously, its width almost matched it to the dimensions of our Reed 1X tonearm headshell. So, in most cases, the Houdini will not look like an unsightly add-on. Houdini is very light and only 6mm high, but of course, you’ll need to make the requisite adjustments to your tonearm’s calibration (tracking weight, VTA, etc.).

The Funk Firm has catered to differing cartridge and headshell designs by offering Houdini in threaded or through-hole options. Alternative mounts are also available by request to allow proper synergy with different architectures. Our Shelter Harmony is a bolt-through style. Houdini’s package includes low resonance Delrin mounting bolts and a mounting ‘jig’. Two bolts attach Houdini’s frame to the headshell while an additional pair fix the cartridge to the lower ‘floating’ section. So in other words, what we have is an external solid upper frame (attaches to headshell) housing a suspended, isolated lower plate (attaches to cartridge). The lower plate floats on a specially-designed suspension and “torsion tether” system which prevents wobble and effectively isolates the cartridge from the tonearm. The Funk Firm refers to it as an “island of stability”.

What Houdini aims to counteract are the inherent resonance signatures of every tonearm. In my case, the solid wood arm construction Reed prefers to employ presents the company with an identified resonance profile which is dealt with in specific ways (I won’t go into tonearm design here; each company has its own way of combatting or designing-out vibrational distortions). Nevertheless, there’s no free lunch. Resonance distortions are very difficult to entirely eliminate in an efficient manner within the constraints of tonearm architecture (tonearm designers forgive me). What Houdini does is decouple the cartridge from the tonearm’s anatomy to isolate it, and vice-versa, from these distortions. The cartridge effectively becomes liberated from the tonearm’s behavioural profile.

Fundamentally, Houdini is an unassuming-enough gadget but, in execution, it becomes a very critical interface requiring mindful construction tolerances. It’s interesting that, in principle, such a seemingly simple device motivates its creator to celebrate it as his “most revolutionary product yet”.

In order to get Houdini to operate at its absolute best within the context of my Reed 1X tonearm and Shelter Harmony cartridge, I once again engaged the services of turntable setup specialist Mark Busby (read the feature on Busby’s exacting setup of my Transrotor Crescendo/Reed 1X/Shelter Harmony here).

Houdini’s physical mounting process was easy enough. Done within 20 minutes. Busby then proceeded to re-adjust VTA, stylus pressure and other parameters in order to, once again, optimise playback and wring full potential. Once he was done, which was an overall process of a couple of hours to get spot-on, we began our listening session by dragging out my usual vinyl suspects (for reference evaluation) plus, later, some more diverse musical fare. Of course, the nature of the Houdini’s insertion into your system will never allow quick A/B comparisons so my suggestion is to audition with material you are thoroughly familiar with.

The reference music I’m accustomed to revealed some interesting and very beneficial enhancements. Houdini was presenting some worthwhile musical enjoyment straight off the bat. For starters, there seemed to be an added visceral power to low registers both in terms of depth and dynamic expression. There may have also been a slight sweetening of the highs and mids without loss of detail. These aren’t drop-to-the-floor in unbridled spasms level of differences, however, they are noticeable and meaningful. They will add without any subtractions. These are differences commensurate with discovering a synergistic cable. At Houdini’s price it’s, as they say, a no-brainer. 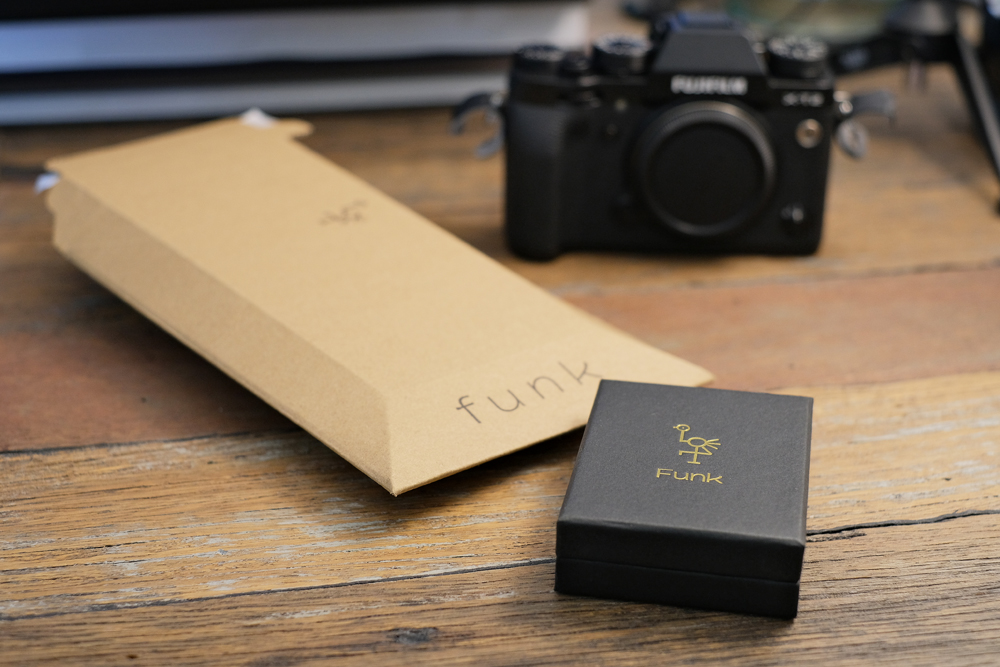 With Houdini in-situ, you could also say that voices become more present and real-sounding. Mark Knopfler’s low surly tone on “Six Blade Knife” from Dire Straits’ self-titled album seemed more in-the-room. Ditto for the twang and snap of his guitar while John Illsley’s bass growled and dipped in a most solid way.

The same verisimilitude was given to Grace Jones’ “Slave to the Rhythm” from the album of the same name. Again, there was an added drive to the bass, increased resolution and greater separation of Jones’ vocals from the melee of instrumentation. The Houdini lived up to the title at hand in terms of its rhythmic powers.

On “Hey” from The Pixies’ Doolittle, the tight snare drum, swirling guitars, tuneful bass and Francis Black’s sometimes agony-filled vocals were all delineated in their own musical strands, independent and in unison. Yes, individualised in terms of easily being in relief of each other and easily focused on, if so desired, while also in harmonious unity in terms of making music; presenting a homogenous track with natural ebb and flow. Houdini’s contribution is a far cry from discordant, amusical and clinical… boredom.

Martha Argerich’s instrument, on Deutsche Grammophon’s Schumann: Klavierkonzert with the National Symphony Orchestra of Washington (Mstislav Rostropovich conducting) had a lower centre of gravity, a deeper sound with a subtly more incisive low-end. There was also a minor improvement in the separation between piano and orchestra… so much beauty…

Yes, The Funk Firm’s Houdini cartridge decoupler requires some re-adjustment of parameters for accurate and proper setup. Once mounted, what the Houdini actually does is nullify inter-relationships between cartridge and tonearm. It acts as a dissociative element, isolating the cartridge so it can freely operate as a conduit between the vinyl groove and, ultimately, the loudspeaker system. 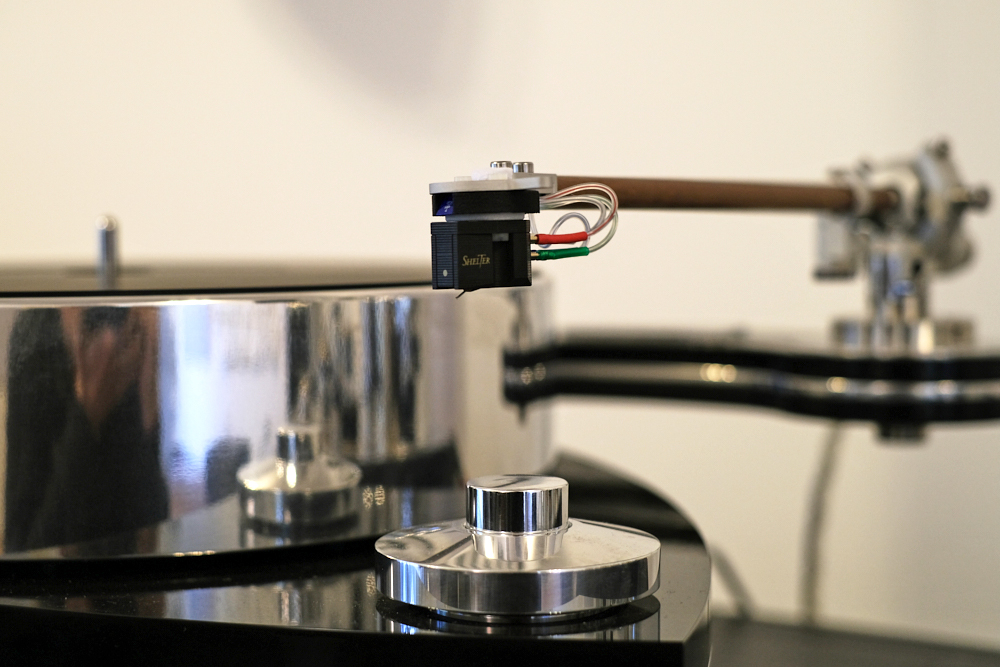 If that’s its sole purpose, then whether Houdini has achieved that entirely, if you were to empirically measure it, would remain to be certified within the context of my analogue system. Vibrational distortions would have to be measured for the tonearm, cartridge independently and as a coupled instrument. Houdini may even work to varying degrees in different systems, all dependent I’d wager, on the interface relationships relating to your turntable’s components.

However, from my perspective subjectively, Houdini has resoundingly succeeded in terms of providing worthwhile sonic performance gains. Most noticeably, Houdini has brought an enhanced solidity to the low registers in terms of depth and impact while also boosting instrument separation through complex music. And for very little green… we can fork-out many times the dosh on debatable tweaks of questionable scientific basis.

In the context of my system, The Funk Firm’s Houdini pulled quite the funky trick. It’ll be a resident magic act here at SoundStage! Australia HQ. The Prestige is revealed. Abracadabra!