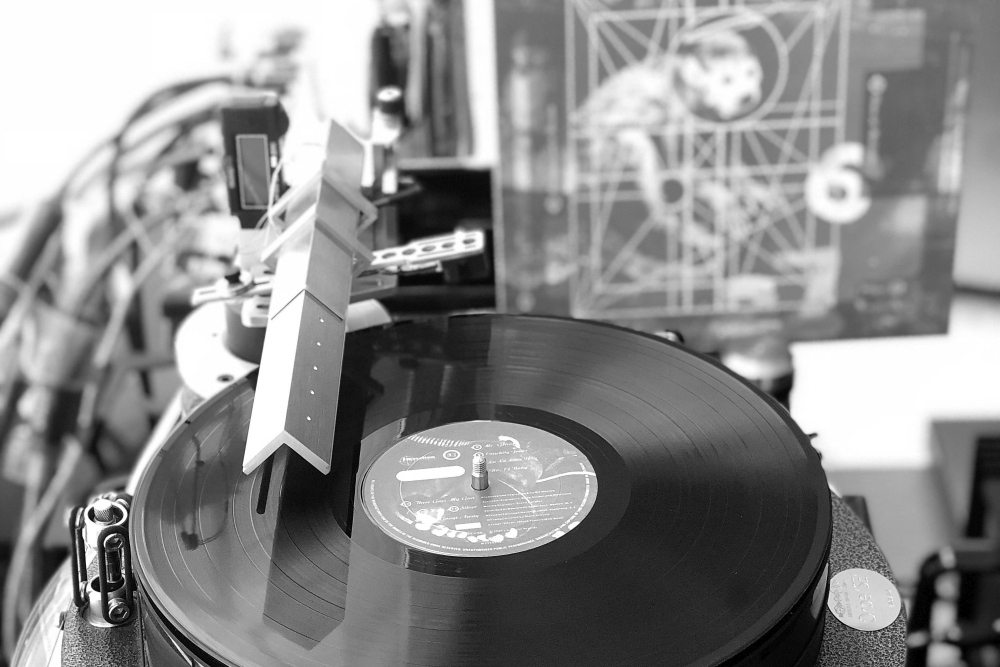 So, I made the plunge-of-faith into the liquorice abyss by purchasing a pre-loved analogue rig – a hot-rodded modified Michell Engineering Orbe SE packaged with Trans-Fi tangential tonearm and other associated goodies. I own many hundreds of records and, over the years, have sporadically purchased more vinyl while not even owning a turntable (a Garrard and subsequent Pro-Ject were sold many years prior). The turntable acquisition was motivated in part by wishing to review analogue gear. The deal was clenched when the prospect presented itself to review that Japanese gem, the outstanding Shelter Harmony MC cartridge; who would disregard that opportunity? But mostly I’ve held the desire, for some time, to reconnect with the great music that guided my own rite of passage, most of which also marked indelible guideposts along the history of music.

So what to do? Brutally redact my youth’s legacy? Wander the ether in search of expensive replacements while randomly tumbling into endless rabbit holes and virtual dead ends? 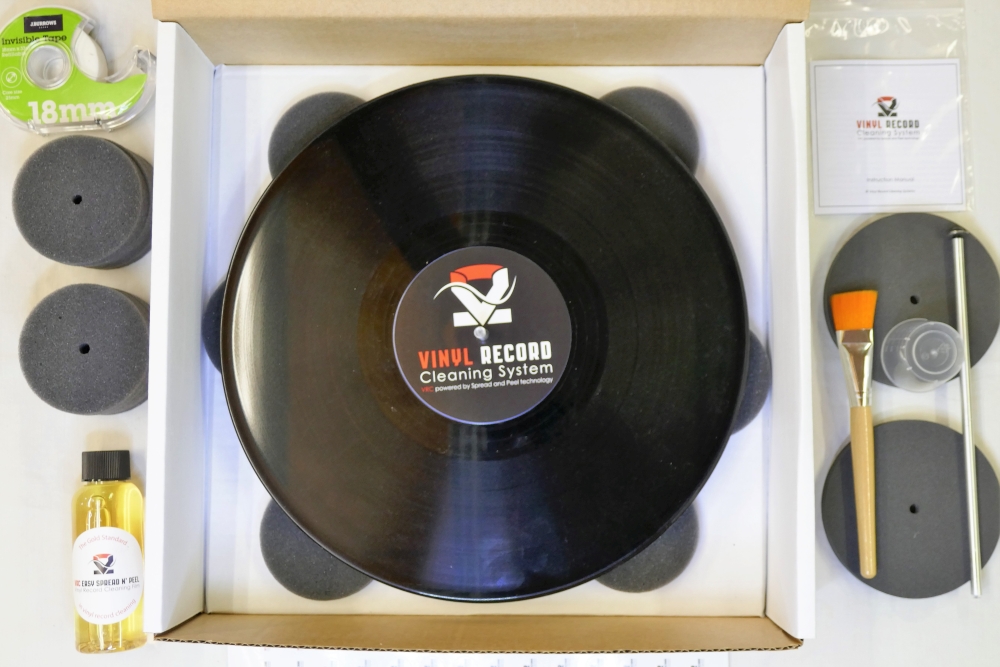 Enter The Vinyl Record Cleaning System (or VRC Method as it's also referred to and previously known as ESP). Not a Virtual Reality Cap or headgear system but a possible solution to my filthy mind… oh, sorry, grubby LPs. As I found, the system is an undeniably effective way of making unplayable vinyl playable again. And as part of a regimented maintenance program, there’s a possible added bonus in terms of an upscale in sonic performance (more on that later). The system has been devised by Australian Stephen Price who is based in the small village of Wentworth Falls in the Blue Mountains of New South Wales, a 90 minute ride from Sydney and, coincidences of all coincidences, a stone’s throw from SoundStage! Australia’s own HQ.

The system has been devised around a cleaning solution – Price’s own concocted cocktail – which is applied across the surface of the record, allowed to dry to a thin skin and subsequently peeled off to reveal vinyl that would seem to be… virginal in its pristineness. To assist in its application, the full VRC Method has the option of including a rotating system which allows easier, more uniform application and, via spacers, multiple record stacking in order to batch-clean without an invasive and hostile takeover of the entire household.

The graphs below show what my unplayable yet sublime pressing of Du Pre’s interpretation of Elgar’s Cello Concerto looked like before VRC cleaning and then after one, and a subsequent second, VRC going-over. Graphs don’t lie, do they? That may be so, but for me, it’s all about the practical experience. So thanks Mr Price for VRC'ing my first baker’s dozen. 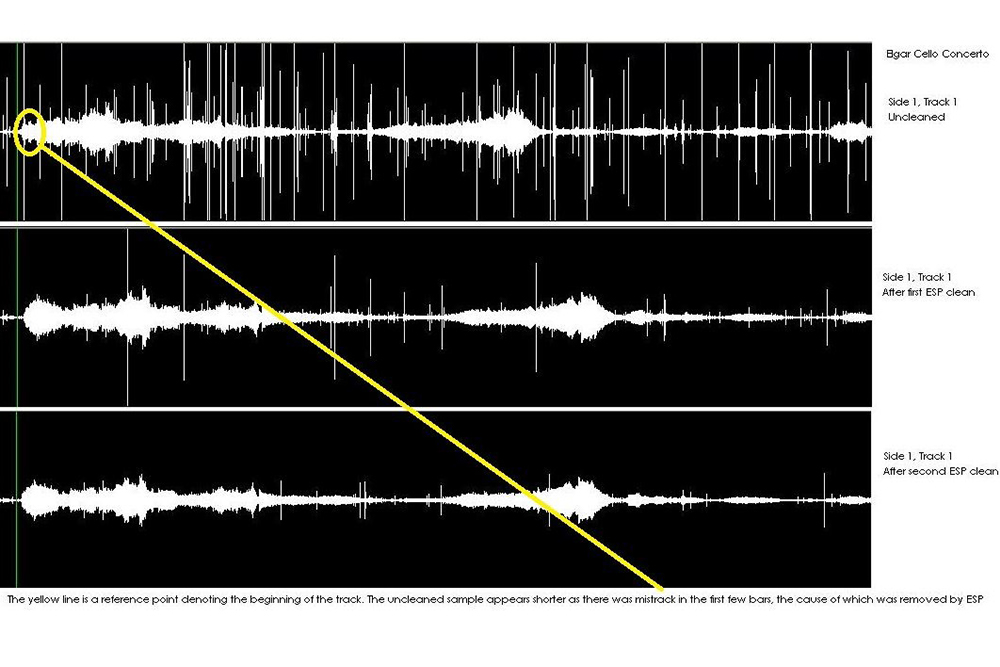 What a revelation! These are records that would have torn shreds off any stylus, guaranteed, and would have sounded like snap, crackle and pop via a megawatt P.A. system while sending your tweeters into paralysis. Yet, post-VRC, I had quiet beautiful music with no more artefacts than are normally expected with good surface quality in vinyl playback. Astonishing!

As Price told me, “The VRC Method has been measured to bring an 11dB increase in overall signal to noise ratio. It’s a 75 percent improvement in how it sounds to the logarithmic way that humans hear sound and there’s a further 8dB improvement to the peak noise floor which is over 50 percent.” These are raw figures provided by Dave Askew, an audio professional who specialises in audio editing, preservation and restoration, audio forensics and audio sciences (more on this can be read here).

Price went on to say, “Whilst the second clean has been highly effective on removing stubborn pops it has also been delivering quite remarkable sonic improvements. Given that the first clean has removed all the fine sediments that create that annoying crackle, my thinking has turned to considering the impact of the mould release agent present in all record pressings.

“This ultra-thin barrier, repeated on a record, would be a sufficient presence between the stylus and the groove wall to impact the most delicate signal elements and would explain why recordings sound more open and with finer detail after a VRC Method clean. The second VRC clean’s removal of the mould inhibiting agent – something that no ultrasonic cleaner is able to do – provides further sonic performance improvements.”

Further research is being conducted based on the premise that the second VRC swipe’s removal of the mould release agent, which I’m told is used on all vinyl as part of the record pressing process, may indeed have a measurable and consistently demonstrable influence on sonic performance.

So, post-VRC clean, I platter’ed The Pixies’ Doolittle, Sonic Youth’s Goo, AC/DC’s Back in Black, Holst’s The Planets via Dutoit, Du Pre’s Elgar, of course, and many more. And the verdict? Relative silence with that unmistakeable and oft debated vinyl… pure magic.

The Vinyl Record Cleaning System will be investigated further in a full upcoming SoundStage! Australia review. In the meantime, you can find more details on VRC here.