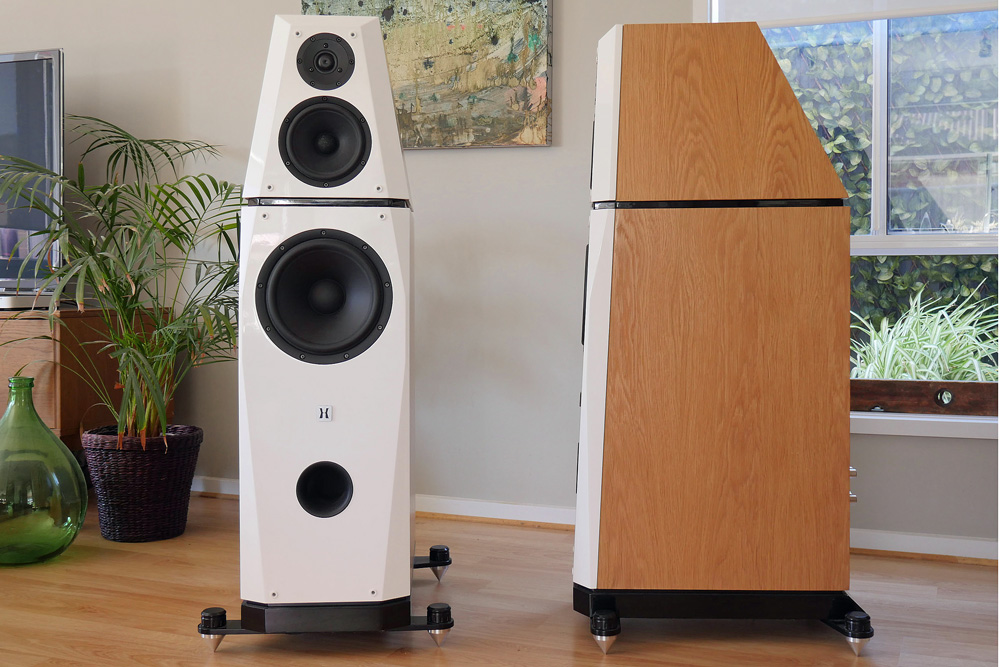 Back in July 2019, our writer Tom Waters reviewed very favourably the impressively-built Duke loudspeakers from Australian manufacturer Hulgich Audio (read the review here). Prior to Tom getting the review samples delivered to his home, the Duke speakers had a three-week spell at SoundStage! Australia HQ. Over that period I evaluated the design’s engineering while inspecting, with deserved admiration, the substantial construction merits of Nicolas Hulgich’s and Swedish consulting designer Göran Niréus’ flagship creation. During that stint I also evaluated at length the considerable resolution powers of this tremendous design. Subsequently, Hulgich asked if I could provide him with a second opinion, with my findings meriting a ‘Follow-Up’ article… so here goes.

In his review, Tom Waters covered all the technology Hulgich Audio adopted in these very sophisticated loudspeakers while also, of course, he expressed his admiration and enjoyment of the design. He also investigated Hulgich’s painstaking selection of high quality drivers and the refined, exclusive crossover design while also exploring the lengths Hulgich Audio has gone to create a solid, substantial, resonant-free 2-box enclosure system. Much appreciated (in the literal sense) is the beautiful finish, an elegant amalgamation of gloss paint and wood veneer styling.

It has become evident that, when implemented wisely, the top-shelf SB Acoustics drivers can perform to the highest levels. Testament to this is the growing number of high-end speaker specialists adopting these superb transducers. For the midrange bandwidth, Hulgich Audio has chosen the SB Acoustics Satori driver, which is similar to the one used in my reference Wilson Audio Alexia 2, making me very familiar with its performance envelope. And a wide envelope it is too. Within the context of the Duke, the midrange frequencies are exceptional in terms of detail, separation and dynamic power while being very well integrated with the 25mm tweeter and 250mm bass driver, both of which reflect parallel qualities and also come from the house of SB Acoustics. 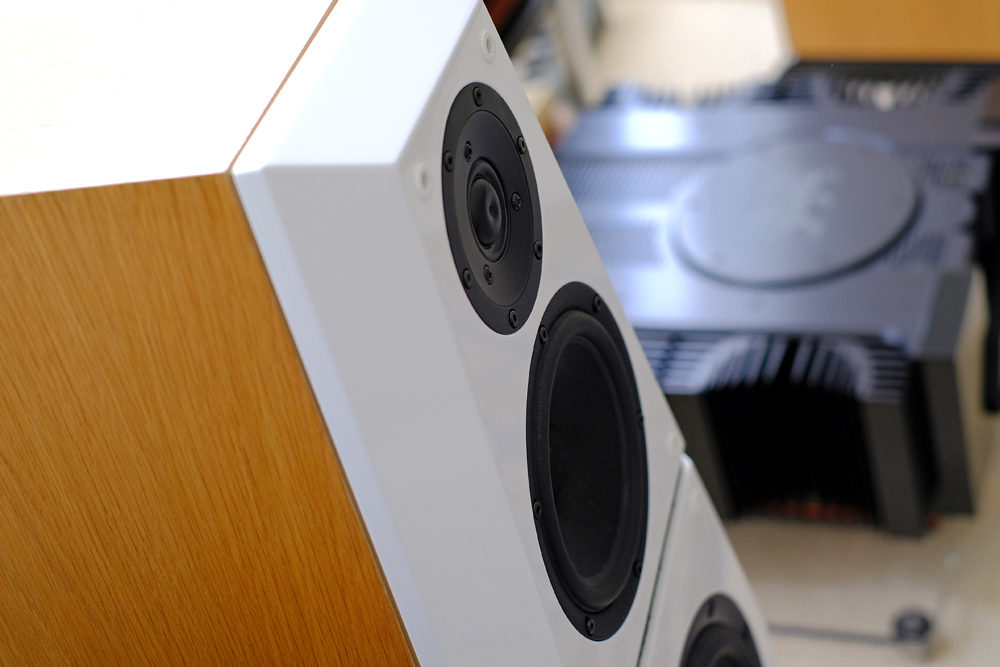 Tony Dagradi’s Live at the Columns CD was quite the ride via the Dukes. This totally uncompressed recording is a stunning showcase for timbrel textures, soundfield presentation and, most of all, dynamic vigour. The Dukes excelled at drawing out the purest timbrel signatures from each of the instruments – in this case, Dagradi’s saxophone, the acoustic bass and drums – making them sound recognisably authentic while each breath and inflection of the sax’s reed, every pluck of the string and each stroke of the brush was displayed with zero detail hidden, no nuance obscured. It’s all there, dissected but intelligently presented as part of the music. On the track “Limbo Jazz” when the bass solo kicks in (quite literally, it would seem) the power was room-shaking. As the bass solo ebbs away, the drummer starts his thing, at first sparse in the snare and kick drum notes, but then building to a devastatingly potent onslaught that is almost overwhelming. This is one hell-of-a recording.

Muscly tracks such as A Perfect Circle’s “Weak and Powerless” from the Thirteenth Step CD (also on AIFF file via Roon) was not power-diminished nor congested. The lone guitar intro sounded true and when the kick drum sets the track going, the pace-force of this speaker design reveals itself with precise metrical rhythm. In the latter part of the track, the whispered subliminal voices are clearly discerned and intelligible above the melee of the music. “Little angel go away, come back again some other day, the devil has my ear today…” 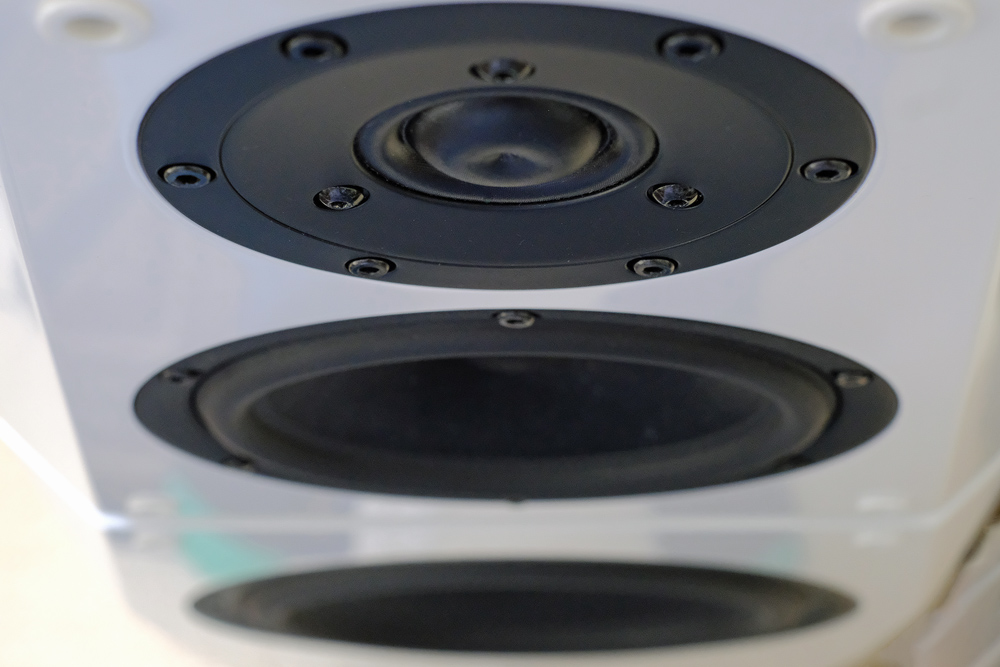 The grandeur of my favourite orchestral music had the Dukes delivering a credible magnificence. The orchestras from the various works I auditioned were always spread across massive soundfields while soloists were rendered with clear and focused accuracy in relative scale to the overall presentation. Violins, and all string instruments for that matter, with acoustic guitar being the other standout, are given particular attention and love via the Dukes.

Marian Hill’s “Deep” from her EP Sway, has one of the, umm… deepest bass lines you’ll hear. The Dukes dip to the low points, with control and nuance, without swamping either Hill’s delicate vocals or the myriad electronica effects swirling through the track. Everything is beautifully separated, resolved and crisply delivered. The sections where the music seems to emanate from the back of the room behind the listening position to then swish over you as you listen (I’ve tested this in many systems with varying success), were perfectly conveyed with a terrific sense of space, movement and scale. Through these portions of the track, the Dukes showed their extreme soundfield recreation capabilities. These speakers can do soundstage with the best of them, both in terms of envelopment and image specificity. Awesome.

The Duke speakers are very revealing and will not take kindly to incompetence anywhere up the signal path. Good sources, a great preamplifier, an appropriate amplifier (or classy integrated) and well-designed cables with liberal conductor construction will expose the design’s true potential to deliver a present, abundantly detailed and realistic sound with solid low-end. 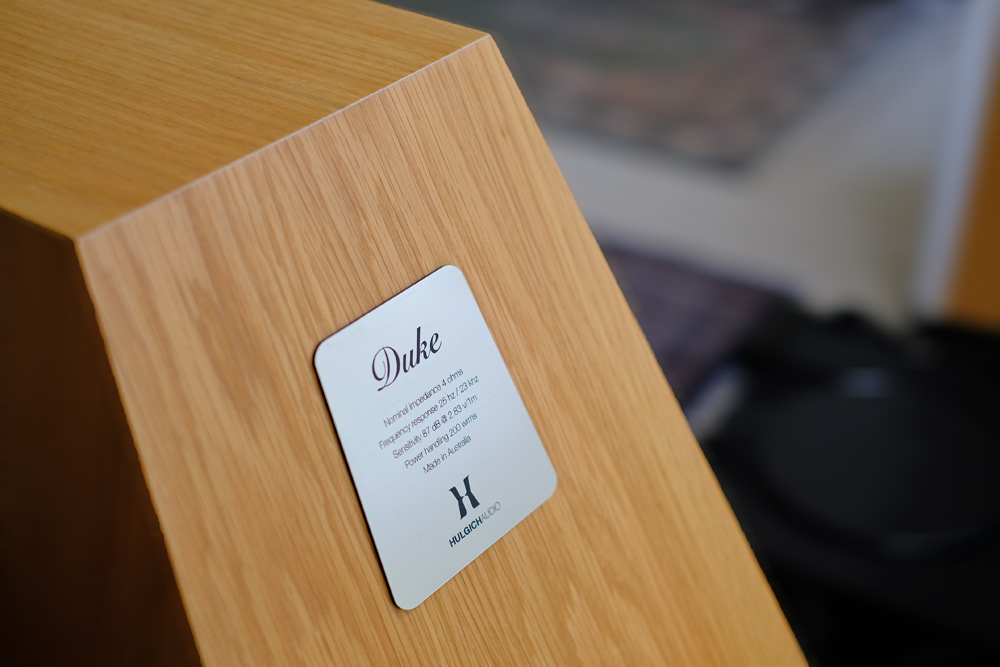 Given the quality of the drivers, the solid enclosure construction, the beautiful styling optioned with veneers and gloss paint finishes and the skilled team behind its crossover design and voicing, I would have to concur with reviewer Tom Waters and highly recommend the Duke loudspeakers. In light of their excellence and the equivalent design attention given to the rest of Hulgich Audio’s expanding speaker range, this relatively new company is surfing the Aussie audio waves with increasing success and, deservedly, should see itself forcefully landing on the world’s high-end stage.