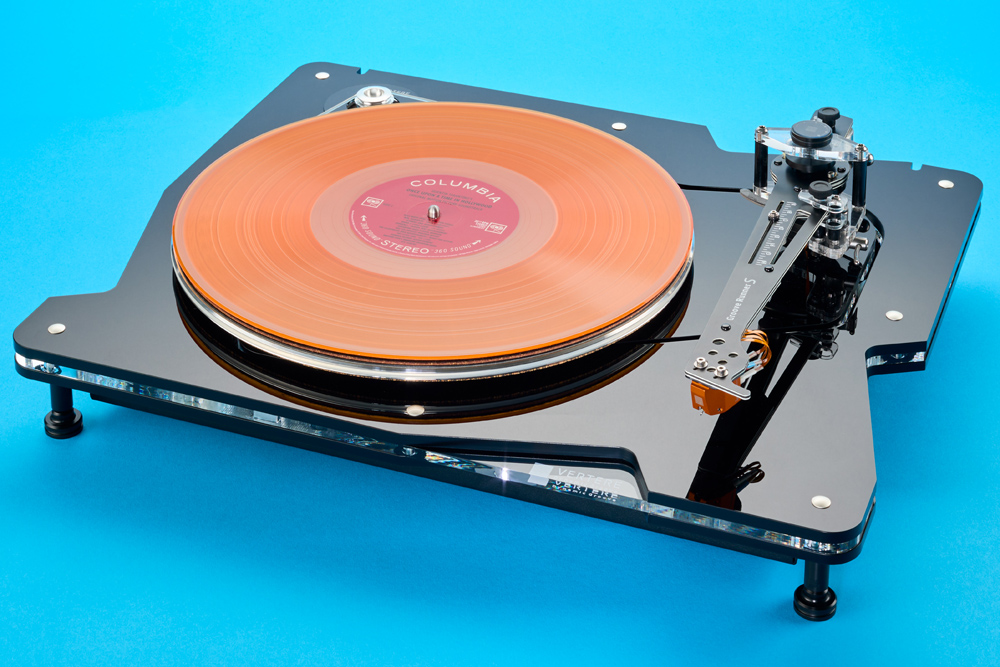 Vertere’s rather delectable DG-1 has received substantial upgrades to the turntable architecture and to its partnered Groove Runner tonearm, the package now going by the DG-1 S moniker.

Despite being Vertere’s entry-level turntable package, the DG-1 S is built, engineered and has been crafted with an industrial design language which places it in line with far more expensive products.

The refinements allotted to the DG-1 S and its tonearm mate the Groove Runner S are extensive. Starting at the DG-1 S’ platter bearing, the crucial component has been improved with a higher level of polishing and machining precision across parts including the “Tungsten Carbide interference fit ball”. This is said to deliver a lower noise floor and decreased rumble while the associated improved microprocessor-generated motor drive is now freer to operate with decreased friction resulting in higher rotational accuracy. 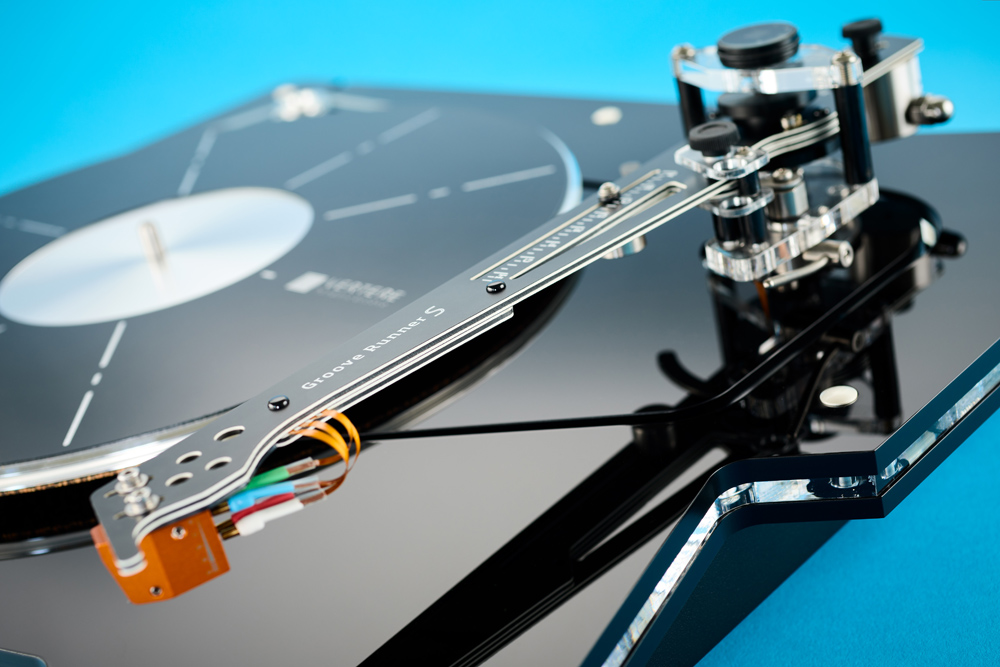 The motor drive PCB is copper and stainless steel-shielded and the design is programmable and future-upgradeable. New motor drive software has been designed to provide adjustments in two steps. The first step is via sine wave voltage while the second stage controls the cosine wave, with the process said to provide the “absolute lowest noise and vibration”.

The Groove Runner S tonearm’s “beam” is now constructed from a five-layer polymer laminate which is then bonded to a second five-layer polymer laminate. The PCB signal-carrying interface, which is a thin flex conductor, is sandwiched between the two beam polymer layers. The tonearm’s ‘Vertical Kevlar’ thread bearing can now be adjusted for tension and azimuth and is now fitted with a higher level of precision to ensure greater consistency. The tonearm’s revised architecture and its improved bearing has resulted in a superior alignment of the various elements of the design (the counterweight, the headshell and cartridge) and their inter-relationships. 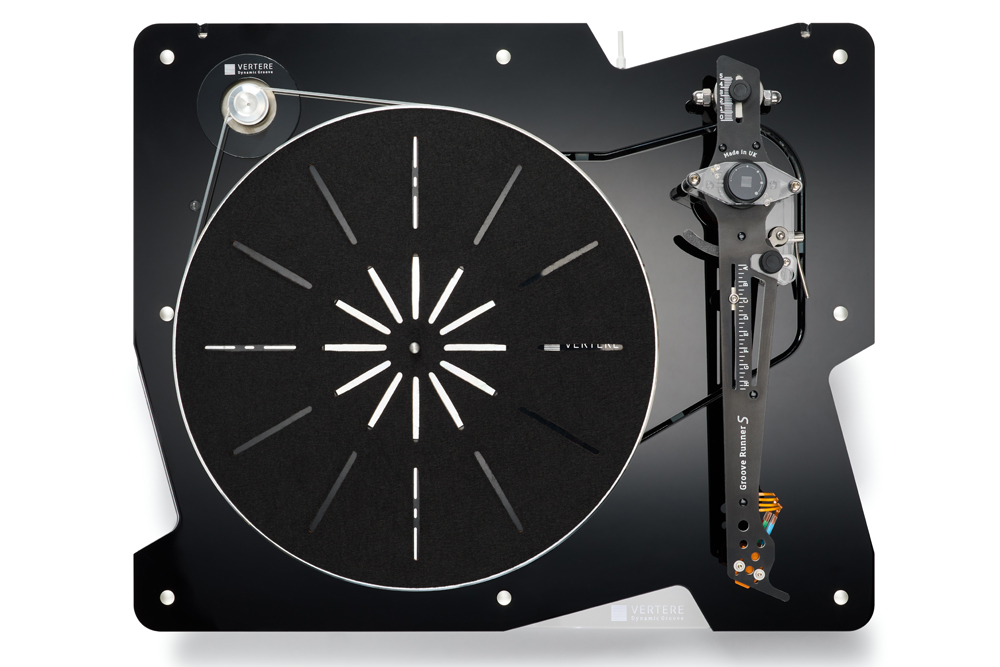 The grouping of the three polished acrylic plinths features an improved sandwiched coupling method with better “resistive damping” and is said to reduce noise and vibrational distortions. The DG-1 S has also been fitted with an improved three-point machined footer design featuring “Resistive” felt pads in order to protect the audio platform’s surface.

The DG-1 S is focused on performance at a high dollar value point and is said to be just about plug-and-play.

Vertere founder Touraj Moghaddam told SoundStage! Australia that he went back to the fundamentals “…involved examining every design element, rethinking the way turntables work, and removing every superfluous element that got in the way of the ultimate aim: getting the listener as close as possible to their music”, going on to state, “everything has been redesigned and re-engineered, from the plinth to the arm and its bearings, developing some of the basic principles of a record-playing system while completely rethinking others.” 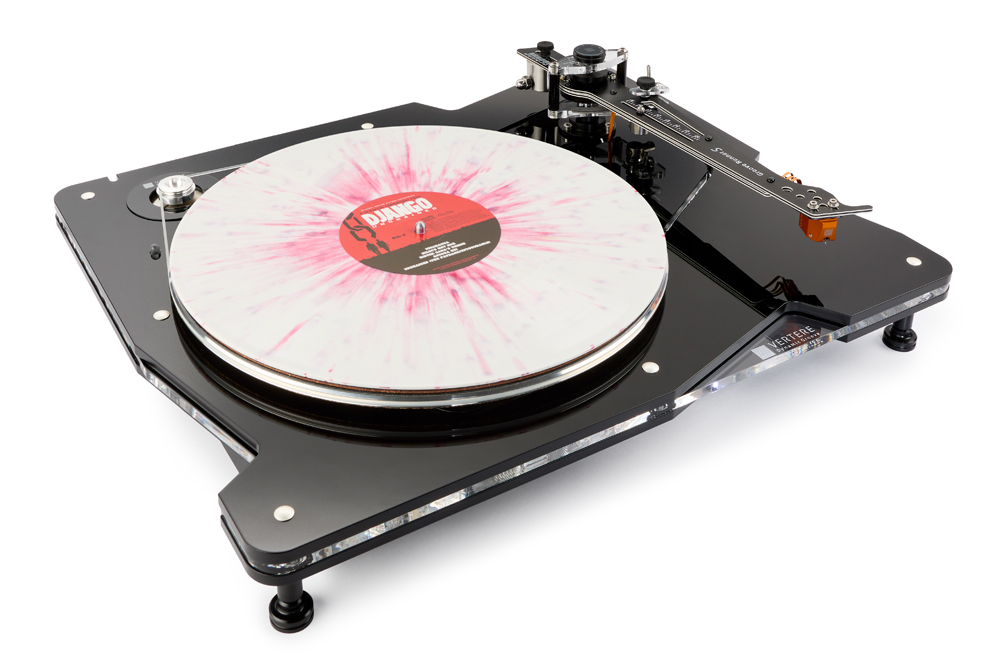