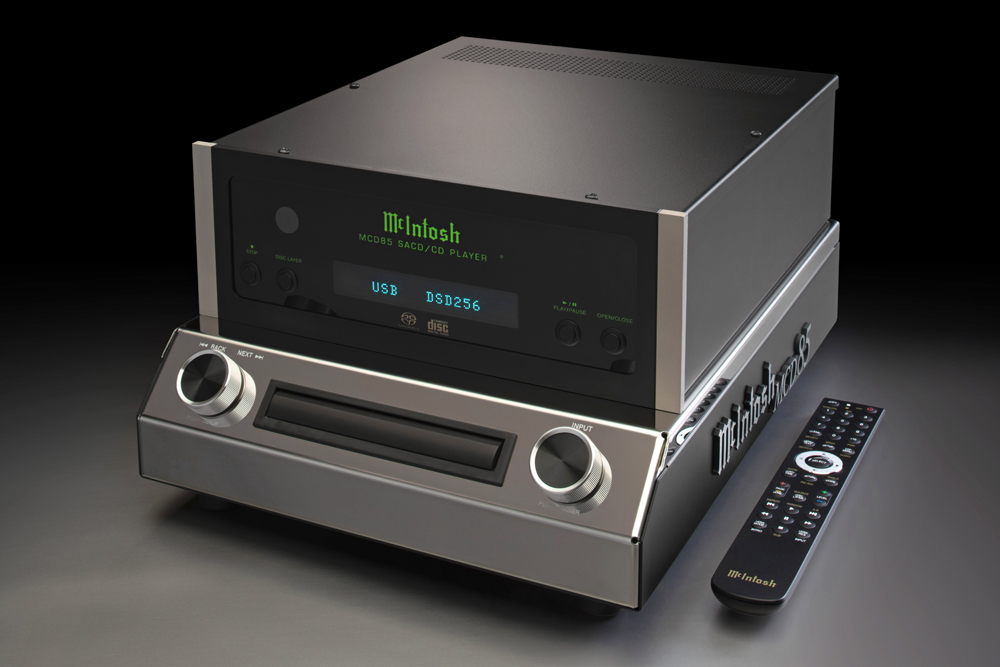 The new McIntosh Laboratory MCD85 is a full-featured SACD/CD player with digital inputs and a design language which matches it to a growing range of the company’s most recent releases.

As per its nomenclature, the MCD85 is capable of both SACD and CD playback. The CD playback not only extends to CD-R/CD-RW but also to data discs in AAC, AIFF, ALAC, FLAC, MP3, WAV, and WMA. DSD playback is available at DSD128 or DSD256 and DXD 384kHz via the USB input. The MCD85 uses a single lens twin laser optical double speed disc reading/spinning mechanism which stores data in a buffer allowing superior error correction and disc tracking. 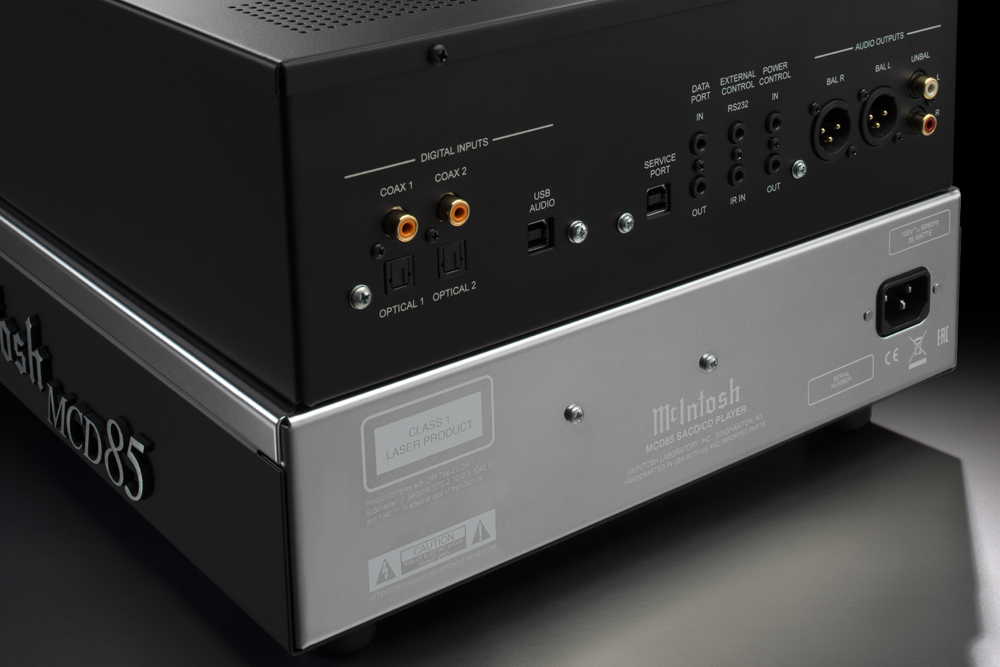 The two S/PDIF RCA coaxial and two Toslink optical inputs also accept PCM playback at up to 192kHz. The digital-to-analogue conversion is performed via a quad balanced, 8-channel, 32-bit/192kHz circuit which splits four DAC channels each into the analogue Left/Right channels. 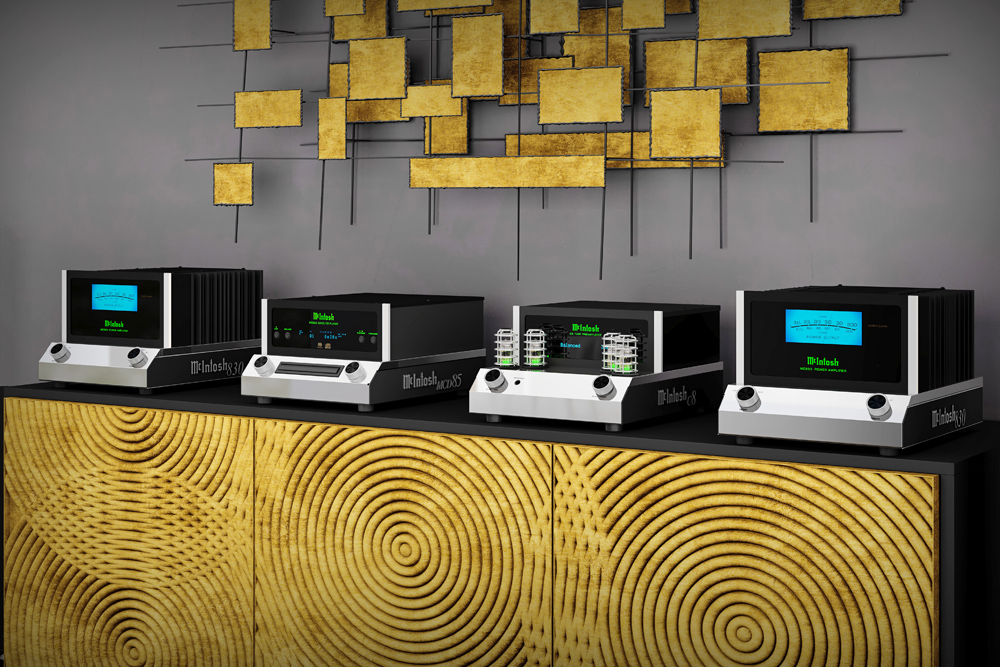