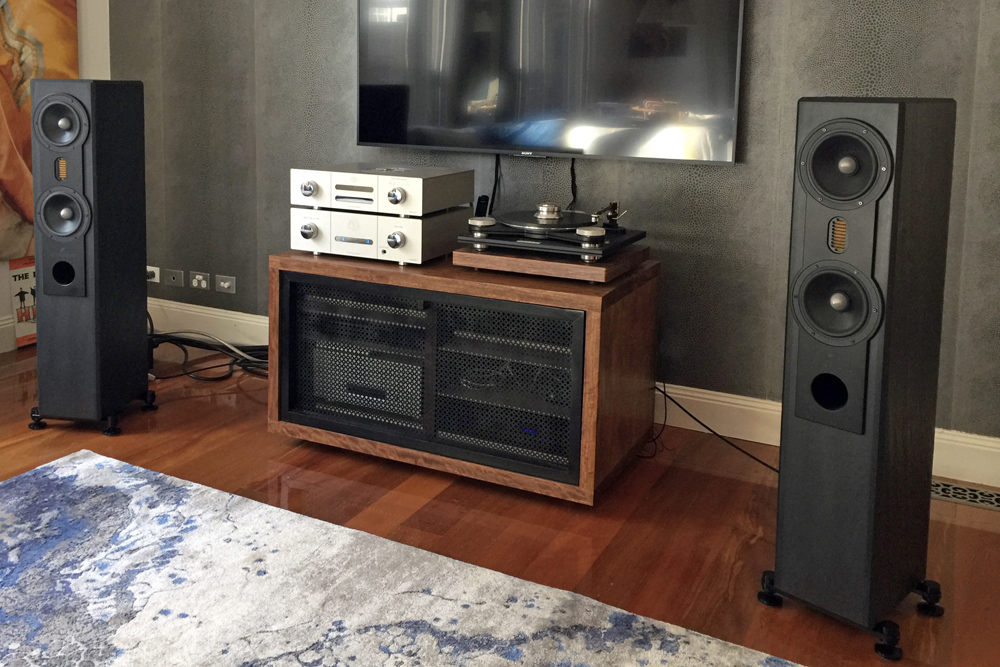 It was with some trepidation that I awaited delivery of the Fischer & Fischer SN/SL 370AMT loudspeakers. While many old and new audio delicacies have graced my room (with many now tucked away in cupboards and corners, awaiting that day), I can honestly say I'd never had a pair of Rock speakers through the door. I say "Rock" with a capital "R", because I'm not referring to the musical genre, but rather to the construction of the cabinets. Yes folks, just when you thought this hobby couldn't get any more esoteric, along comes German boutique manufacturer Fischer & Fischer with a pair of floorstanding speakers made of slate! Half a billion year old slate in fact, although what acoustic benefits the age of the slate may impart remains unknown. But do read on…

The use of slate, while unique and unexplored within the landscape of high-end audio, was employed by the good people at Fischer & Fischer. Some background research reveals that one of the part owners of the company, Thomas Fischer, fathered this idea with great enthusiasm. Somewhat due to his mother’s ownership of a local slate mine in Fredeburg, set in the German countryside east of Dortmund.

As it still is nowadays, at the time (circa. 1981) reducing box resonances was a popular topic among speaker designers around the world. Fischer started testing various materials, including slate obtained from his mother's business.

Fast forward to 1997, the company welcomed the new part-ownership of Michael Mudra. Mudra’s academic past fitted perfectly well with the scope of the company's intentions. From his extensive studies at a local university, he concluded that slate was indeed the very best natural material for speaker cabinetry.

Together, Fischer and Mudra designed and constructed their famous SL1000, SN550, SN450 and the early versions of what we now know to be the SN 470, 570, 670, 770 and 1000AMT. While many of us from this great Southern Land may not be familiar with their work, this collaboration exists as one of the longest-lasting "marriages" in the high-end audio industry. 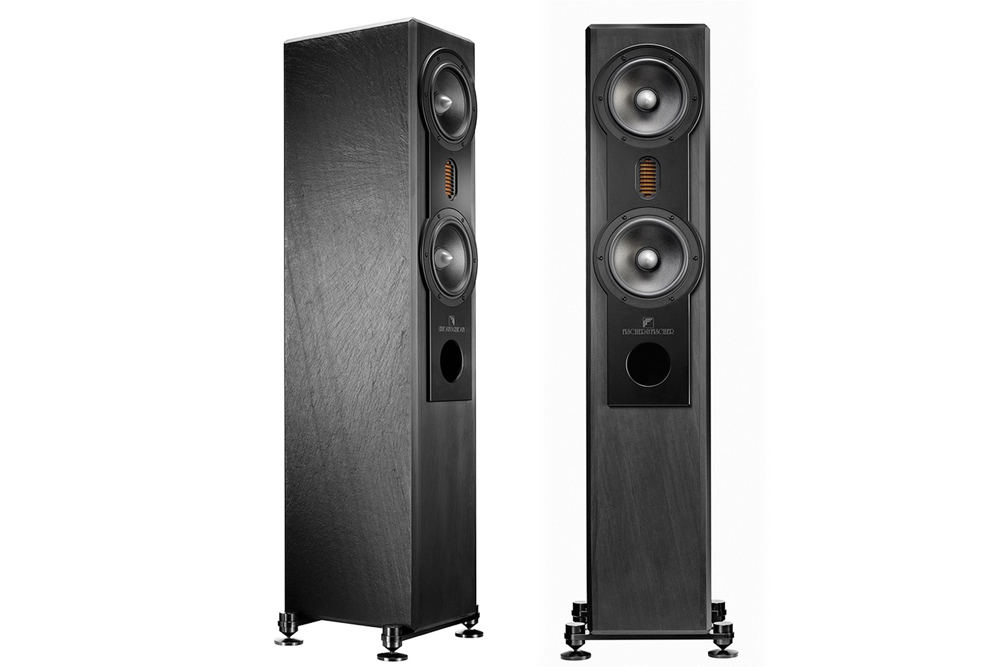 Now, unboxing the SN/SL 370AMT on your own is not recommended. Standing in at only 114cm tall, don't let these speakers’ slimline fool you. Their enormous weight (a whopping 69kg!) makes them a challenge to manage by oneself. Nevertheless, unboxed they were eventually manoeuvred into a position recently vacated by the Yamaha NS2000's which are a regular performer here.

Again, a word to the wise regarding the weight of these. Their support ‘outrigger’ mechanism features four steel spike-into-cup fittings. Resting these spikes on anything but the hardest flooring materials will result in four precisely spaced indentations. Explaining the result to significant others may be more than your life's worth, so proceed with caution!

Aside from the super-inert 20mm-23mm low-resonance natural slate cabinet construction, the SN/SL 370AMT also benefit from the same attention to pain-staking detail and precision we have come to admire and recognise from Germanic industrialism. With precisely machined metal baffle plates sporting exceptionally-executed AMT (Air Motion Transformer) tweeters made to Fischer & Fischer's specification by renowned company Mundorf, also from Germany. The dual 180mm mid-bass drivers are also made to specification in a sandwiched carbon foil/carbonised paper arrangement and feature an aluminium phase plug.

There’s a large bass reflex port below the driver array on the front baffle and just above it, to top it off, a masterfully-engraved company logo. To the rear of the speakers you will find yet another such plate denoting all the necessary information but more importantly two sets of robust 5-way 63A bi-wiring/bi-amping terminals. These receptacles will accommodate just about any fitting your heart desires!

Fischer & Fischer specifies the SN/SL 370AMT as having a frequency response spanning from 36Hz to 37kHz +/-3dB. The sensitivity is stated as 90dB (1W/1m) and, coupled with a 4 ohms impedance, should make for a reasonably comfortable drive for most quality amplification. The crossover, or ‘Frequency dividing network’ as F&F calls it, is a 1st and 2nd order phase and impedance corrected filter. 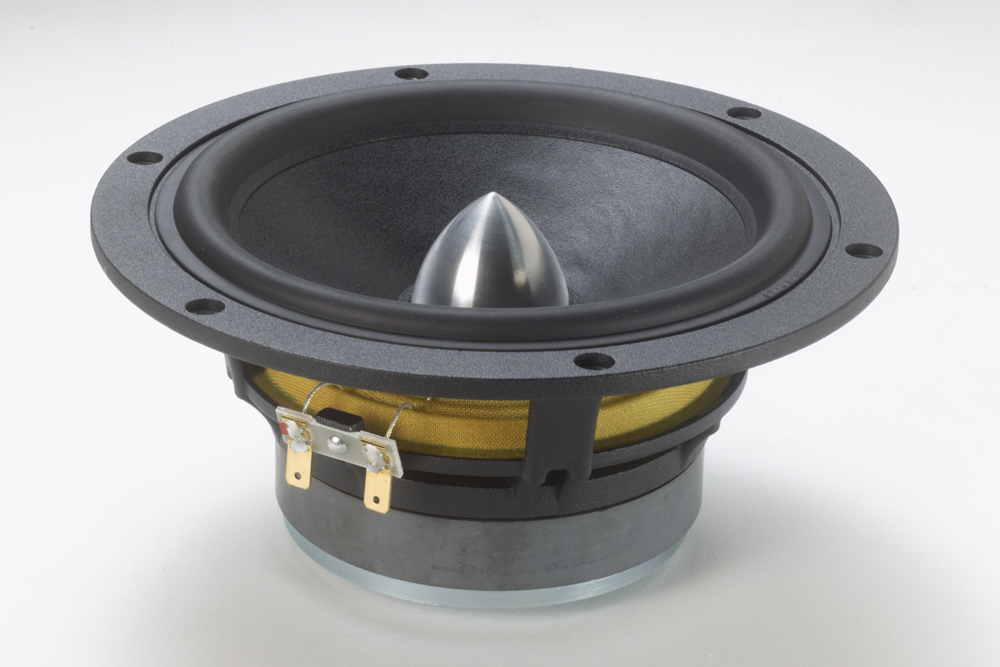 Overall, placing these speakers and setting them up was not too difficult. The dedicated listening room is of relatively large dimensions and is often home to some two-metre-plus-tall Stax Electrostatics, as well as various other speakers. The room measures 4.9m by 7.4m and is reasonably non-reverberant and well-damped. The Fischer & Fischer SN/SL 370AMT were placed approximately 1.1 metre from both side walls, 2.15 metres from the rear wall and with slight-to-moderate toe-in. Upon finalisation of the set-up, the first listening session was had after five hours of warm up at a low volume level.

With some initial listening, it did not take too long at all to gain a sense of what this speaker was designed to do, or more aptly, what they excel at. Running through a mental slideshow of albums saw myself reach out and grab a lifelong favourite of mine, Tracy Chapman's remarkable 1988 debut album Tracy Chapman. An album that seems to play matchmaker with the sonic attributes of these Loudspeakers. Her vocal range and nicely recorded acoustic guitar on the last track “For You” was reproduced with supreme accuracy and eerie detail. Her voice sounded clear and, in fact, sharper. A more forward and analytical presentation with midrange transparency.

The speakers sounded open and agile. Perhaps due in large to the inert execution of cabinet and materials? Having great high frequency extension at the hands of the Mundorf AMT tweeters, this would come as no surprise to the regular audio pundit. Since the tweeter’s introduction in 1972 by then California-based company ESS, it has been widely adopted and has garnered much praise. The SN/SL 370AMT informative qualities with their life-like, almost analytical vocal range could very well have you mistaking them for a monitor speaker! 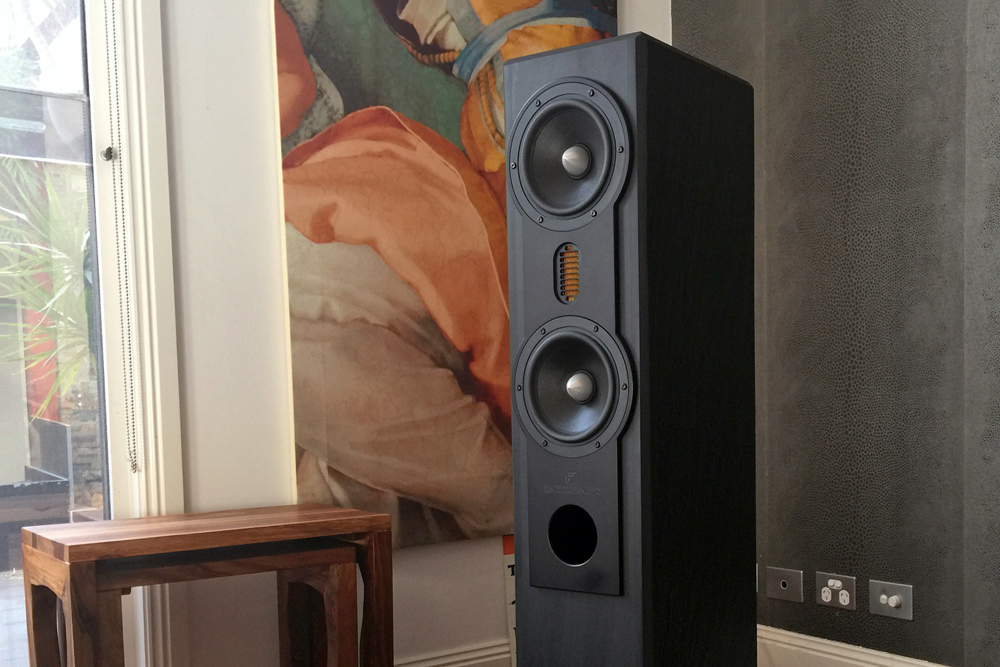 Fourplay's title track from their third studio album Elixir also sees the same high level of accuracy and engagement with the higher frequency duties of the AMT tweeter but what should also be equally noted is the bottom end of these speaker system. The speakers’ portrayal of treble with regard to Harvey Mason's percussion is stunning and, while Nathan East's electric bass performance was impressive, it also highlighted that the lower-end response heard here largely dictates a strict need for the listener to have a moderate to large-sized listening room to allow the speakers the proper ability to breathe healthily.

Thomas Dolby's album The Flat Earth is a weapon in my war chest of test albums. This New Wave classic, with its sheer dynamics and brute force, acts as a figurative 'sonic sledgehammer' especially across lower registers. Meanwhile, the album’s cleanliness in mastering showcases the subtlety, delicacy and the nuances found within “I Scare Myself” and “Dissidents” which also played with great resolution. Their depth provided accurate tonal value to bass notes and details were delicately true and uncomplicated with percussive passages and cicada-like nuances produced with great extension.

Casting my attention to some Jazz, Flamenco-Jazz to be specific, I decided to dig out the early Japanese vinyl pressing of Al Di Meola, John McLaughlin, Paco de Lucia's cult audiophile classic Friday Night in San Francisco. Clichéd I know, but it seemed like the opportune time to bring both this album and the Kuzma Stabi M into the frame to gain another impression of these German heavyweights. This album never seems to disappoint and neither did the speakers’ ability to reproduce truthful accuracy. Soundstaging was surprisingly deep and at times appeared beyond the transducers’ boundaries. And while on the discussion of 'appearances' all three of these iconic musicians were plainly depicted sitting in their rightful positions on stage. As competently as the presentation was "Mediterranean Sundance/Rio Ancho" reminded me at times that certain midrange information can be 'softer' or slightly 'veiled' and was something that, while looking for it, could be occasionally identified. 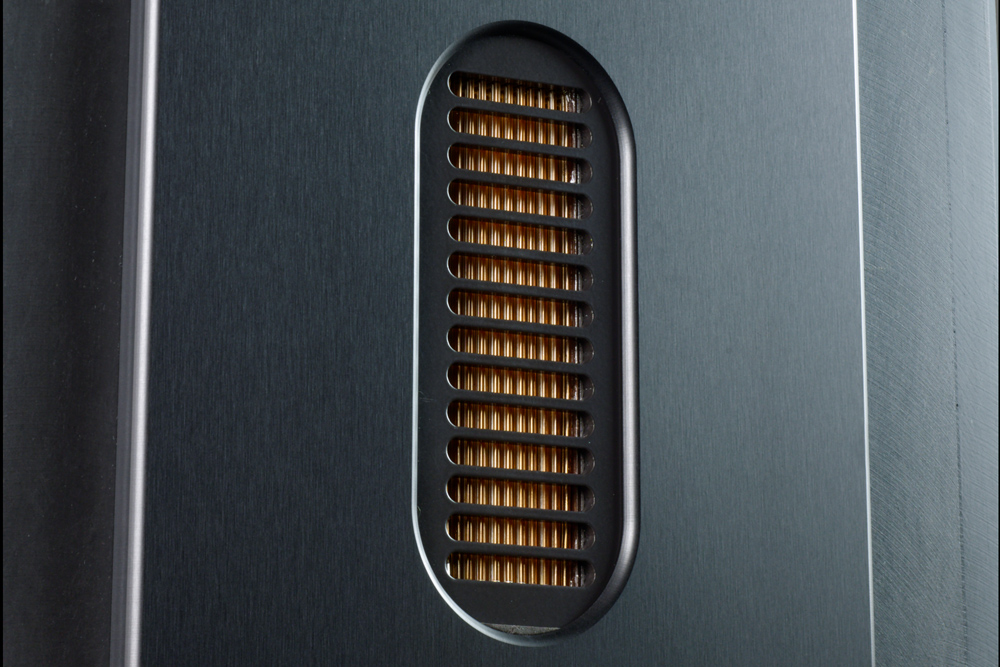 I experimented with the partnership of Luxman MB-3045 monoblock valve amplifiers and matching CL-32 preamplifier. A much loved part of my collection, the 45 watts per channel from these very competent amplifiers simply wasn't up to task. While midrange and treble information were very pleasing, overall bottom end information lacked control and agility.

Swapping back into the frame to my solid state STAX monoblocks (and preamplifier) proved that despite the SN/SL 370AMT impedance drop to my estimation of below 4 ohms, the monos dealt with the load with satisfaction. The presentation presented much more control, cohesion and accuracy of fullness is achieved. With that in mind, careful partnering of components should be at the forefront of any potential purchaser’s mind.

Time constraints conspired to cut short my time with the Fischer & Fischer SN/SL 370AMT and I had the sense that experimenting with more powerful valve amp(s) than the diminutive Luxman MB-3045s might have yielded even more musically satisfying results. Unfortunately, both my EAR tube amplifiers along with the highly-modded Rogue Audio M150 monos were both away being serviced at the time of this review.

The SN/SL 370AMT is a difficult speaker to come to terms with. On one hand, these speakers demand the best in amplification and source you can partner them with. Witness Devialet amplifiers’ use of this very model to develop their SAM Technology (Speaker Active Matching), which took the 370s performance into another realm entirely. This speaks volumes for the integrity of the design and componentry of this product.

The speaker has clearly been designed to integrate into modern decor without calling attention to itself. The slate construction almost seems to ‘absorb’ light, reflecting it in a particularly muted and sedate fashion. Mature and elegant are the words that first spring to mind as you consider their styling. 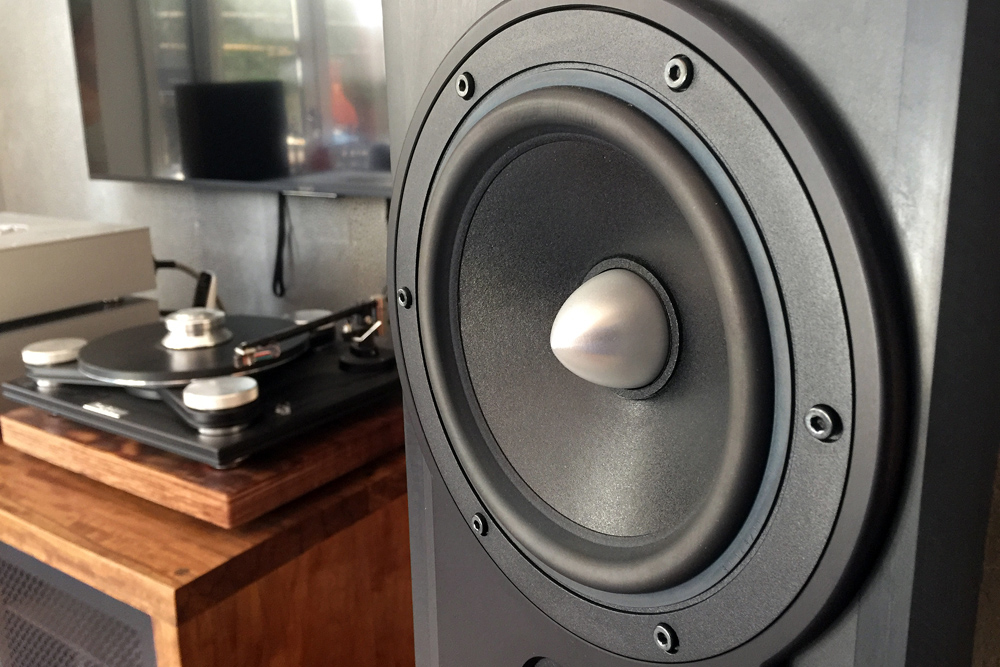 On the other hand, it is a technological wonder beneath the surface. The engineering of the drivers, the construction of the cabinet and the design of the crossover and its integration point towards serious quality and meticulous materials control through production and manufacturing.

This is a speaker designed for now and into the future, albeit that it's made from a material from aeons ago! Technical upgradability is built in, while respect for natural materials and their benefits is obvious. Slim, elegant and functional 2-ways, with a side order of extra gravity! This is most definitely not your average speaker. You'll discover this very quickly. In fact, it'll become obvious when all that "extra gravity" is first experienced...