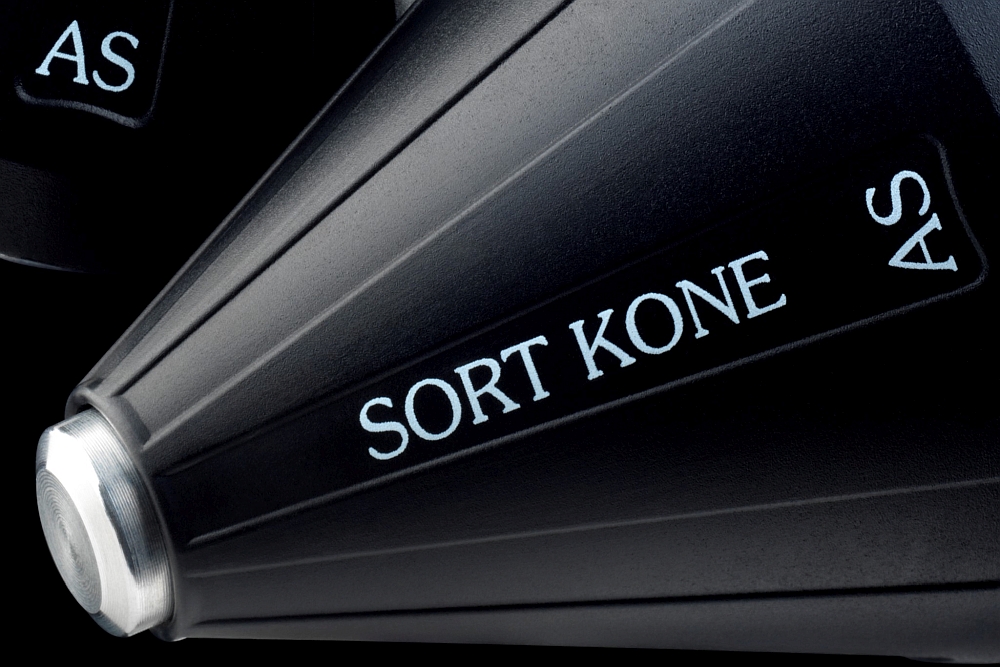 While I've been a music lover for as long as I can remember, I've also been into audio equipment for many moons, from an over-zealous enthusiast in teenage years, to subsequently morphing into an ardent audiophile to, for over 15 years, the ever-passionate professional reviewer for a number of publications. In that time, I’ve come across all-manner of audio accessory. From the tweaky to the freaky. Some made noteworthy differences and others were… well, either ineffectual or just not copacetic with my system or biases at the time. But I’ve never held staunch close-mindedness about ‘tweaky’ accessories – I was always prepared to give stuff a go despite snake-oil-ish claims made about what are sometimes near-whacky products. But then other products are based on science, despite their seemingly tweaky nature, and promise worthwhile gains within the context of a revealing audio system. Enter the Nordost Sort Kone Resonance Control System.

Nordost is considered one of the industry’s leaders in high-technology audio cable systems. The company first achieved notoriety after releasing a line of well-reviewed proprietary flat cables, handcrafted in the USA, which were based on designs provided for the aerospace industry. Nordost has produced a continuing evolution of its original concept spanning it across all price points and areas of audio and video reproduction. In the last few years, Nordost’s product catalogue has expanded to include a range of power products (the much-praised QRT products) and ‘Resonance Control’ devices designed to potentially enhance the performance of loudspeakers, electronics and even the company’s own cable systems.

Here at hand for review is a set of the Sort Kone BC (BC stands for Bronze post with Ceramic ball), a frequency-tuned directly coupled device designed to provide a mechanical ground drain path for electronics’ deleterious vibrational/resonance energy. Nordost states, quite accurately, that the resonance originates in the various circuits and components such as transformers, power supplies, etc. (many of you would have experienced transformer hum/mechanical vibration). The Sort Kones are a form of diode then, channelling these vibrations down a one-way street from the top of the post, down to the ball and on to the wider base for dissipation into heat. 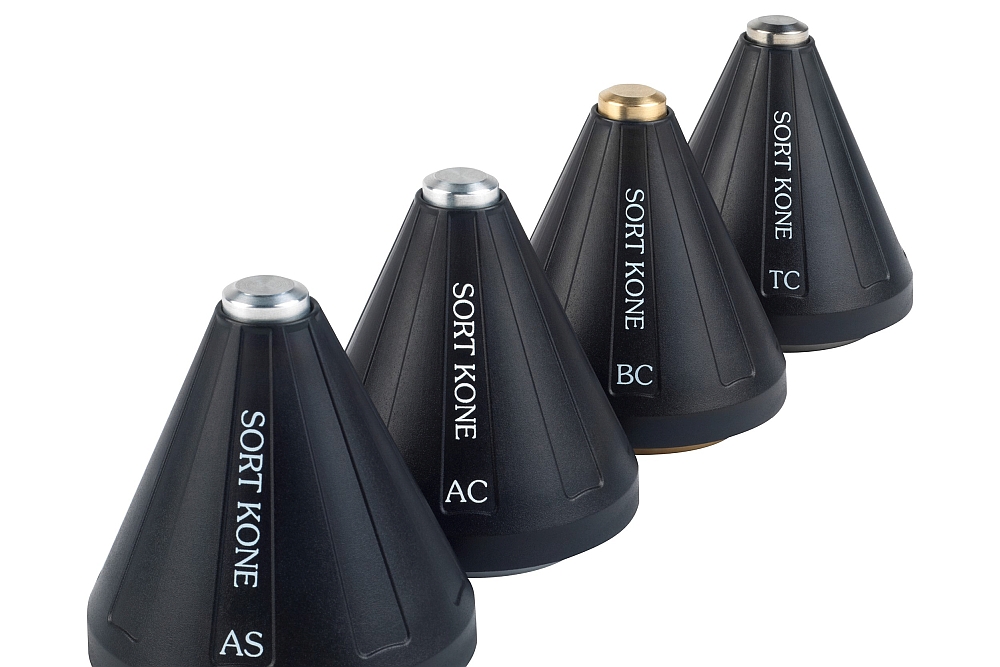 The Sort Kone BC is part of a range which features construction from a variety of materials used on the central ‘post’ and ‘ball’. The entry level Sort Kone AS features an aircraft grade aluminium post with a steel ball, therefore the AS denomination. That unit is followed by the AC which introduces a ceramic ball, then comes the subject of this review, the BC, which has a bronze post and ceramic ball and, lastly, the range-topping TC which uses a titanium post. In all the designs, the post rests on the ball which in turn rests on a base made of the same material as the post.

The entire construction is contained within a metal cone-shaped casing. The structure is 56mm in height and even after discounting your component’s feet you still have a substantial height increase, so adequate rack spacing is an important consideration. Having said that, I’m told it’s the Sort Kone’s specific overall size that determines and achieves the required performance (the post length in relation to its coupling to the ball). Nordost has not specified weight limits on its website but I’m told the BC configuration is easily capable of supporting 75kg per cone, which is not surprising given the materials used and the nature of the design. So expect three cones to support considerable weight right up to the heaviest of power amplifiers.

Nordost recommends at least three cones, of course, to be strategically placed, point up, in direct contact with your chosen component’s bottom plate. Best results are achieved with a Sort Kone directly below the transformer in all electronics and under a CD player’s transport mechanism. DACs may also benefit from strategic placement below the power supply. A fourth Sort Kone can be of value to heavier units with the best positioning for this being at the bottom plate’s lowest point (sliding the cone around in contact with the bottom plate until it becomes ‘locked’ in). A further cone can be used judiciously if required on very heavy power amplifiers, our Gryphon Antileon at near on 90kg being a candidate.

I used three Sort Kone BCs under the Gryphon Diablo 120 – in for review at the time – with the front centre cone directly underneath the large transformer (just in front of its mounting bolt) and two on either side towards the rear (likely just below the rear portion of the capacitor bank). My reference valve preamplifier has been away for a circuit and phono stage upgrade so, unfortunately, I was not able to test Sort Kones under that item – a valve-based unit ripe for this testing. However, what I thought was going to be an exercise in punishingly strained listening usually resulting in ultra-subtle differences at best, ended up being deceptively the opposite. How wrong and surprised was I.

The immediate difference I heard was a longer decay and improved intonation to vocals. This was an improvement in the oscillation of voices, the vibrato (also referred to as the phonation of a voice). The vocal subtleties came through more discernibly and there was an increased level of separation between voice and music. Vocals with sibilance also sounded ever-so-slightly sweeter, less ‘zingy’. 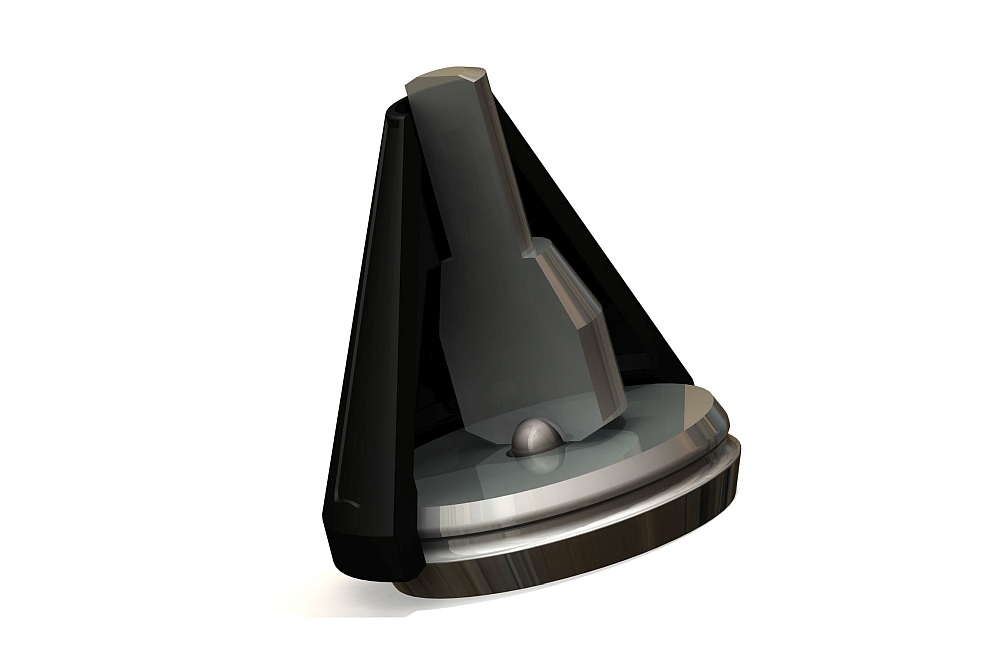 There was a sense of ease and naturalness to complex music and the spatial presentation changed to one of increased width and depth. There was more 3D-ness. Orchestral pieces were presented in a larger field, closer to the reality of where large orchestras are, of course, always found. Although subtle, the Sort Kones provided a more precise and sharper image specificity where string sections were placed stage left, larger instruments to the right, wind instruments in mid-field and percussion at the rear. Similarly with Jazz ensembles where the performers’ locations were firmly locked in.

Yet another quite noticeable improvement – and I found this somewhat confounding in terms of a possible technical reason – was in the Sort Kone’s ability to make music sound more present – more tangible. This was subtle but, for this listener, resulted in a noticeably fuller emotional engagement.

Instruments and vocals sound more in-the-room quite noticeably. Less ‘veiled’ as the audiophile term goes. The sceptics will claim psychoacoustics and other self-induced stimulus or motivation to hear a difference. I strongly refute that. Having approached this review with a good measure of scepticism, the Sort Kone BCs rebutted me and proved their worth.

Ranging from the subtle in some areas to the easily distinguishable in others, the Sort Kone BCs nevertheless made an overall undeniable improvement to my system’s levels of transparency, harmonic decay, detail retrieval and soundstage presentation. At a starting price of AU$100 for the AS (culminating at AU$599 for the titanium/ceramic TC) and considering the build quality and, when used in multiples of at least three, almost unlimited weight-bearing capacity they are well-priced when compared to similar popular high-end offerings.

I conclude with the following anecdote which strongly reinforces my own findings – dispelling any self-indoctrination doubts – and it comes from a non-biased and blissfully unaware perspective. For a few days prior to the installation of the Sort Kones my partner in audio crime had been listening to music as is an afternoon ritual. She has shared my high-end audio journey and has developed a sharp ear for quality music reproduction. From time to time, she has been instrumental in providing informed and intelligent second opinions whenever I needed them. 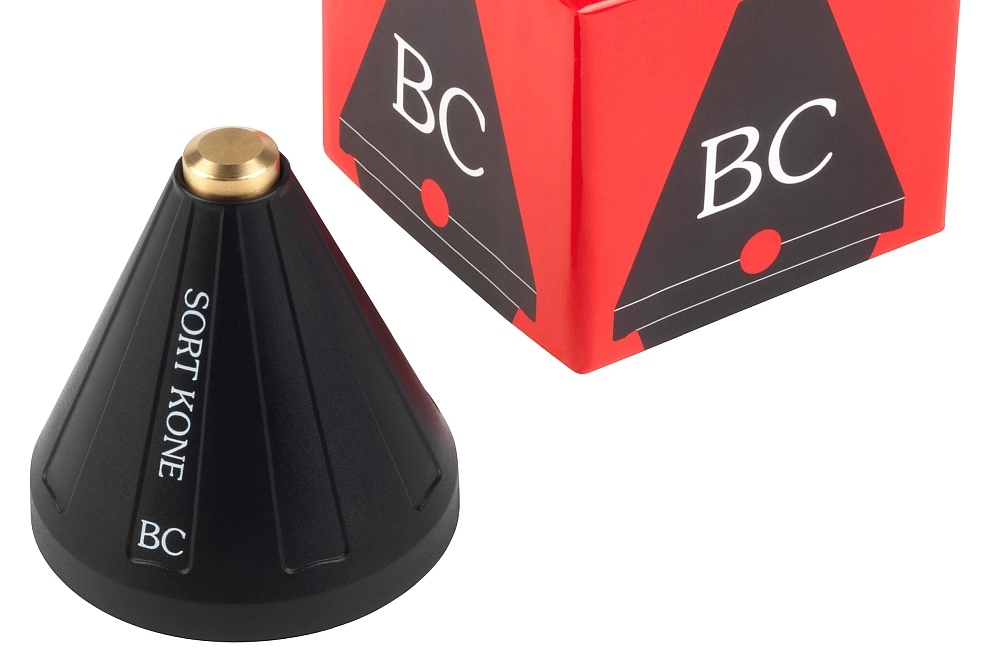 So, she’d been sitting down for a two-or-so hour listen for a few days. Music is always a variety of genres, such as well-produced pop/rock, with a solid dollop of Jazz and sometimes some classical. One morning, without telling, I placed the Sort Kone BCs under the Gryphon Diablo 120 (had been in for review for a couple of weeks) and then went about my day in the study.

A few minutes into her afternoon listening session, I’m called into the sound room. I hot-foot it there where I’m met with a somewhat perplexed expression. “Have you heard your system today? It sounds quite a bit better; it just sounds more real!”