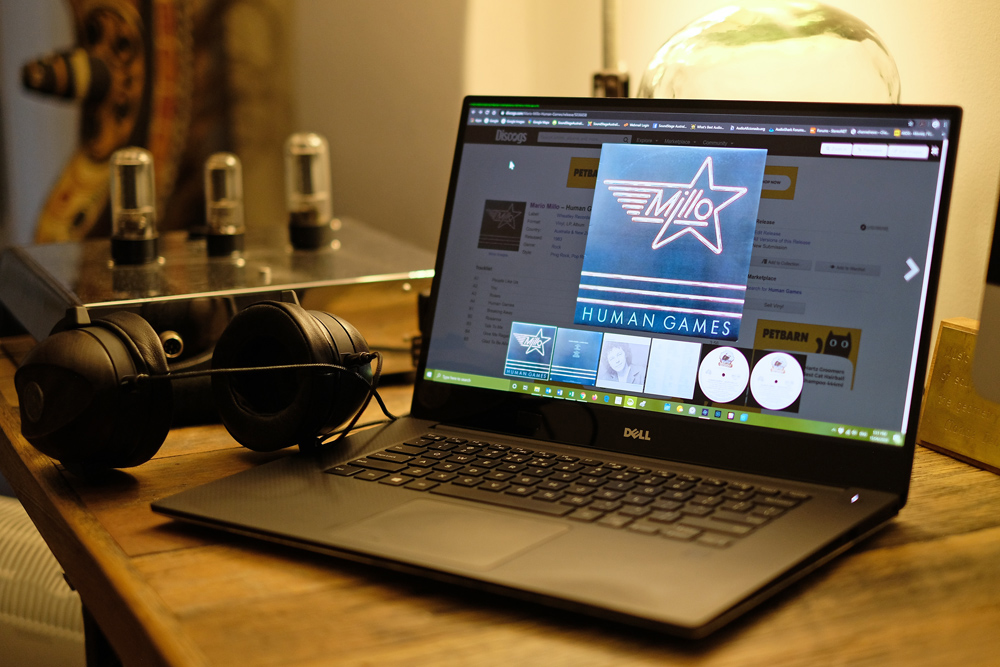 SoundStage! Australia has had the good fortune of attracting a team of audio writers with enormous experience. Each is a passionate music lover and a true audiophile. Yes, they love the gear too… the industrial designs, the luxurious materials, the engineering, the often heroic construction and the passionate people behind the products. SoundStage! Australia’s writers have also dedicated a collective lifetime, or two, assembling audio systems which are not only reference points, in varying degrees, but also intimately reflect the biases and personalities of their music-loving architects.

As SoundStage! Australia’s reviewer platform grows its ranks, so does our scope to approach, assess and then formally review a variety of equipment from a multitude of global brands representing the overtly abundant high-end audio fare in this country.

Recently, our team was enhanced by a new writer. Stephen Dawson joins us with over 20 years of experience in professional journalism within our industry (see Stephen’s first SoundStage! Australia review of the Moon 680D Streamer/DAC here). He has been penning insightful, informative and well-researched reviews and features for a wide cross-section of Australian technology publications.

By way of an introduction, Stephen authored the following piece which candidly provides an insight into his background, his biases and his attitudes when it comes to music reproduction. He is a music lover. His approach to the high-end audio space is no-nonsense with an appreciation of technical and scientific merit.

Hi, I’m Stephen! SoundStage! Australia editor Edgar Kramer has invited me to write some reviews for this site. I am extremely honoured. This publication is for truly serious listeners. I think I owe it to you to tell you something about how I approach reviews. And to lay out some of my biases. 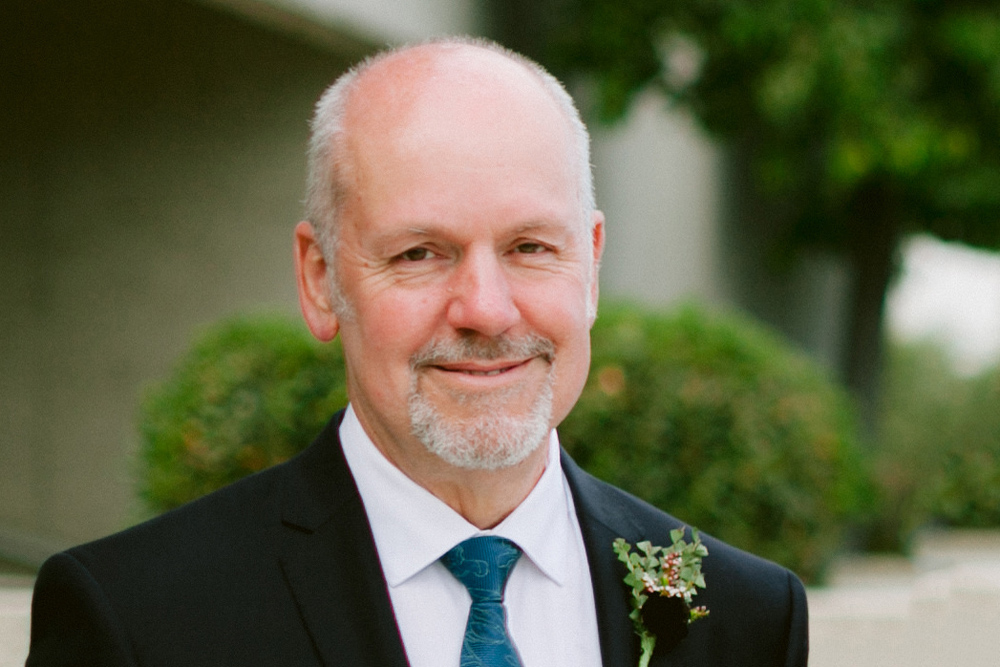 Let me be clear. We all have biases. (Just quietly, so do you!). The least I can do is let you know how I’m approaching all this. You may agree or you may disagree, but either way you’ll be better equipped to judge what I’m writing.

As I write, the hard disk in my Synology NAS is spinning. The Alice Cooper band’s album School’s Out is streaming via Ethernet cable and sundry network switches to my D-Link Cobra router/modem, and then wirelessly to a three-year-old HP EliteBook notebook computer. A Marantz HD-DAC1 is turning this ‘computery’ stuff into analogue audio, driving a pair of Focal Elear headphones. It’s fairly late at night, so best to keep things personal. And the clattering of the keyboard is less intrusive when wearing headphones.

The music – I also use TIDAL and Spotify – largely reflects my tastes. I grew up on prog rock (and Alice Cooper) and J.S. Bach. These days I enjoy most genres. It’s easier to specify those I don’t: Country and Western, avant-garde Classical and Free Jazz. Pop? Heck, Pop is popular, so there’s a lot of that from over the decades I rather like.

I have a reasonable amount of vinyl. Not as much as I’d like, given that I spent a while in the late 1980s and early 1990s on what I foolishly thought a good idea: the great vinyl replacement program. The replacements were of course CDs. Getting rid of the vinyl foundered on lack of time … and lack of digital replacements. I managed to purchase online a Japanese CD of Sebastian Hardie’s Four Moments. But Mario Millo’s Human Games? It seems it never made it to any digital format. Likewise for Jo Jo Zep & The Falcons’ 1982 album Cha. 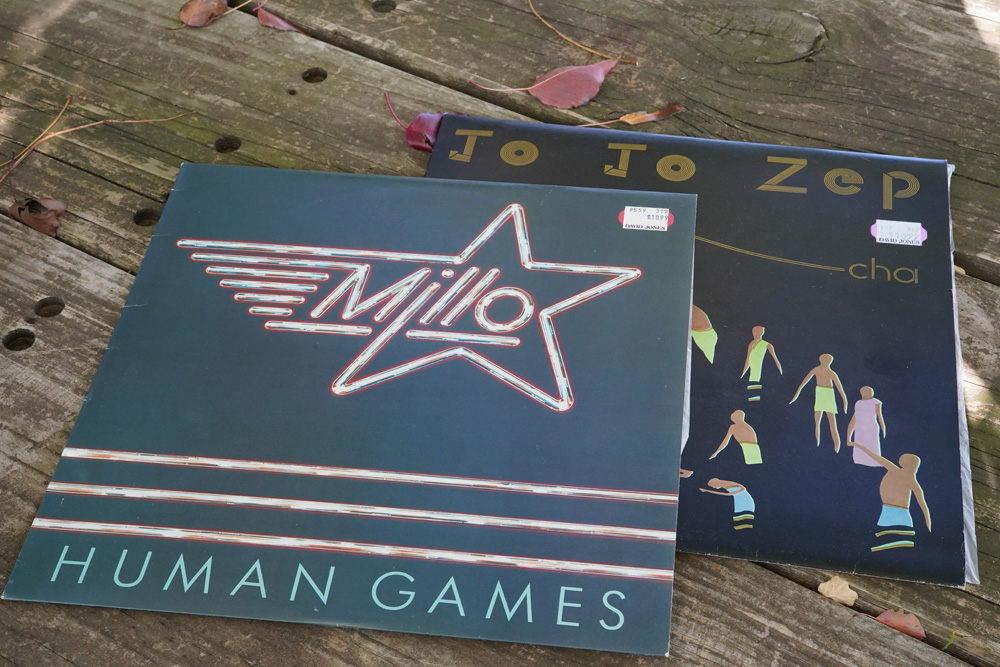 What I look for in Listening Gear

I am interested in three things in high fidelity equipment. Is the item of equipment: Is it practical, accurate… magical?

First, Practical. I’ve just submitted my very first review to SoundStage! Australia. A very expensive DAC/Streamer (see review here). There, you’ll read that I find its audio quality glorious. But in my (rather extensive) experience, some very expensive DACs and streamers are flaky. They or their control apps simply don’t work reliably. I find it much harder to enjoy music when I’m worrying about whether something I’ve spent thousands of dollars on will actually work. I want to be able to dial up the music and have it playing within seconds of the mood seizing me, and without half an hour of troubleshooting intervening. Magical something might be when it’s working, but true magic requires a receptive listener. That kind of worrying destroys the mood.

Second, Accurate. That, after all, is the literal definition of high fidelity. Equipment should neither add anything to, nor subtract anything from, your music. That’s the more or less conventional stuff like low distortion, flat frequency response, inaudibly low levels of system noise and so on. The fact is, just about any modern piece of competently designed equipment meets this criterion. The exceptions are the last steps in the chain: the sound transducers. Creating truly accurate loudspeakers is extremely hard. And headphones are even more difficult in some ways, because a huge amount of judgement is involved, since they are pumping sound directly into one’s ears, without the intervening effects of air in the room, other room effects and the shape of the listener’s head and ears.

Finally, Magical. I have both stereo and surround in my listening room. The surround system uses a pair of rather nice KEF R300 bookshelf-sized speakers for the front left and right. They are really rather accurate as far as loudspeakers go: balanced, low distortion, good bass down to 40 Hertz or so. Nice speakers. But they are not magical. I also have a pair of VAF Research Signature I93 speakers. These monsters are close to 70kg each, run five drivers in a D’Appolito vertically symmetrical configuration and have a nasty impedance curve, resulting in a nominal 2.7 ohms. In many ways I’d regard them as less accurate than the R300 speakers. They reach far deeper into the bass, but the tonal balance can be less than perfect, and some distortion elements seem to be higher. 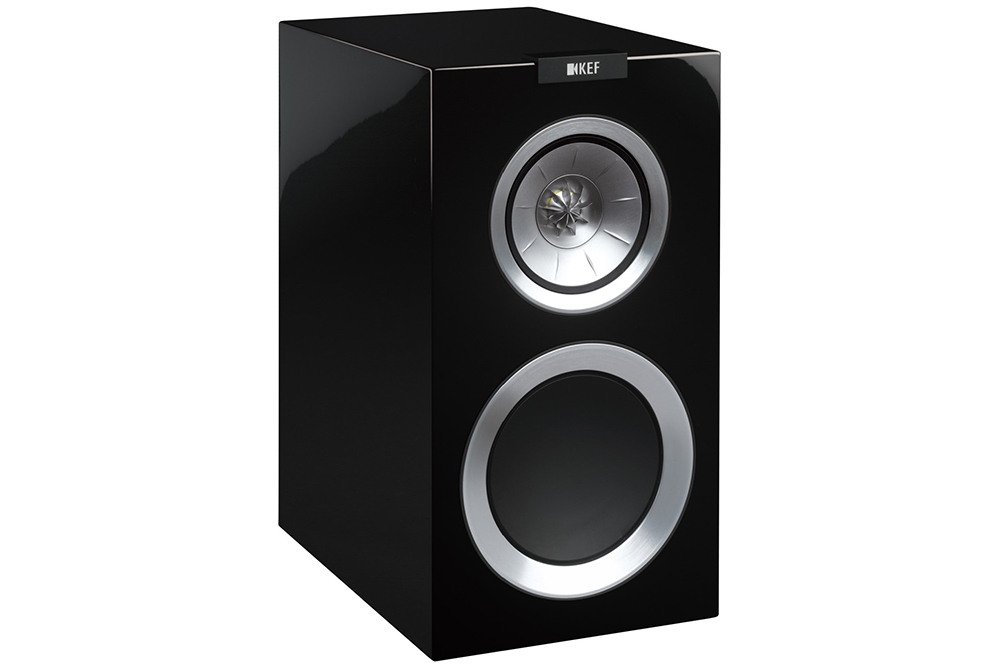 But with a suitable amplifier to drive them (no mean task), they are magical. They create tangible things in my room. Those things are elements of the music that form like apparitions, with a reality and substance between the loudspeakers, behind them, in front of them, to the left and right of the width defined by them. They are imperfect, but they are like real life.

Trying to relate this magic to aspects of performance I think it mostly comes down to two things. One, is an utter lack of dynamic compression. Somehow – perhaps it’s the careful time alignment VAF Research aims for – these speakers preserve the dynamic integrity of the music. Transients are delivered as transients. Sometimes reviewers talk of transients being “smeared”, but the actual effect is they are softened, weakened. Not as instantaneously loud as they ought to be. The other thing is space. The loudspeakers doing what they’re told by the amplifier (a high amplifier damping factor helps here) and not producing any sound at all in between the demands of the signal. 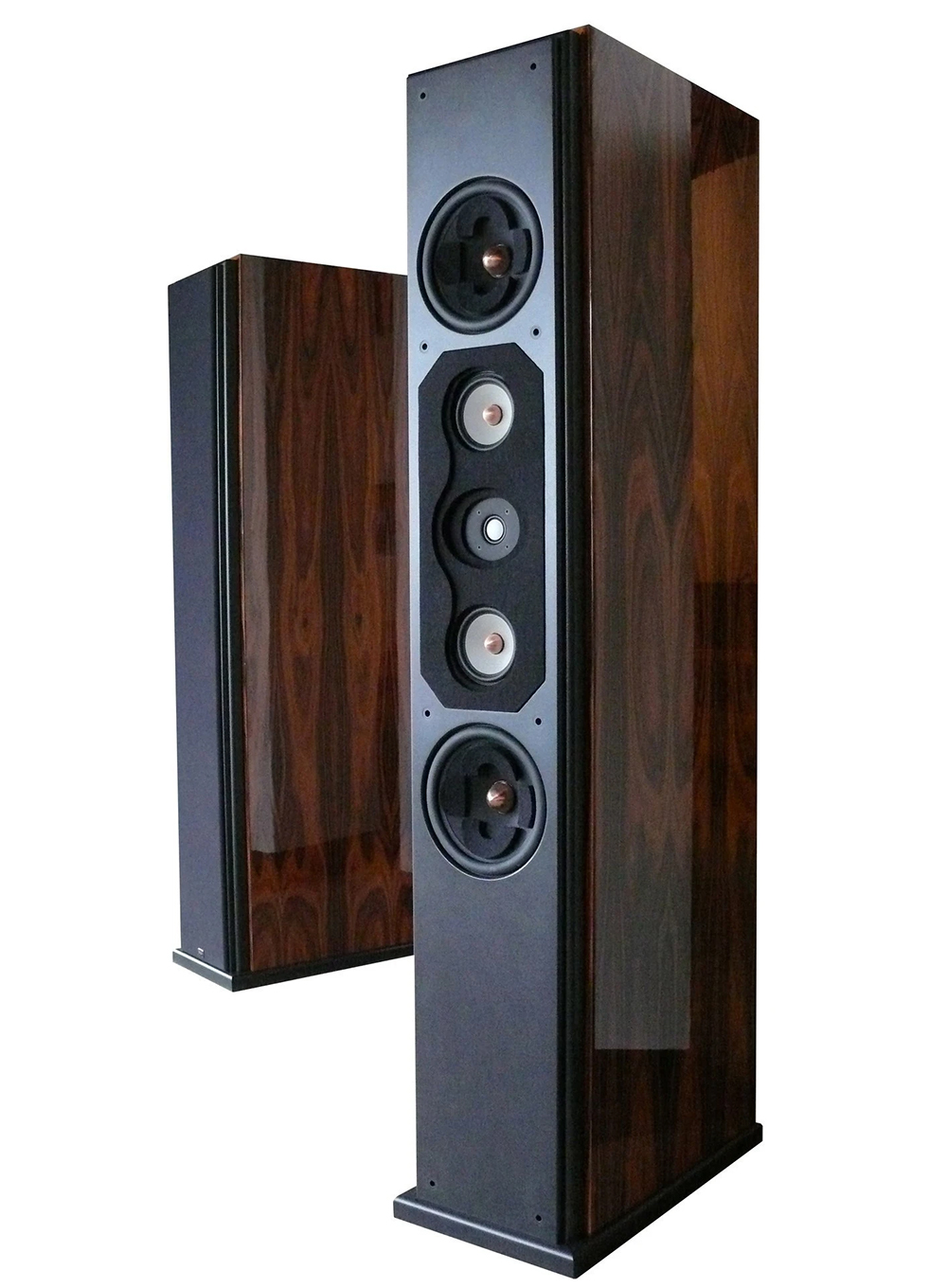 This is the big divide in high fidelity. Are you – am I – a “measurements define the sound” guy? Or am I – are you – a subjectivist? That is, is it all in how it sounds, unmoored to such things as specifications and engineering competence?

I’m somewhere in the middle. I have listened to music with perfectly competent amplifiers and enjoyed it immensely. And then switched over to a very expensive power amplifier and experienced a magic previously missing. A hard to define, but clear and present magic that was not previously there. Something is going on that is not captured in the measurements.

But one must be cautious. Our ability to fool ourselves is almost infinite. If someone tells you that $5,000 amplifier A sounds better than $500 amplifier B with a certain set of speakers, should you trust him? What if he says that putting a certain sequence of 1s and 0s into one of the ID3 tags of your digital files will make them sound better? What if he says that snipping the corner of one page in every book in your listening room will make your system sound better? Or that putting “a piece of plain white card under one foot of my sofa” makes them sound better? All of these, and many more, are claims that have been made. And products based on some of them have been sold, sometimes for large sums of money.

Wonderful combinations of equipment can produce sound that is magical. But that equipment at its core represents sound engineering, not actual magic. I will be doing the best I can to tell you when I experience magic. But I remain very sceptical of magical claims.

I am not a cable guy. I purchased my first – rather expensive by the standards of the day – Monster speaker cables some decades ago. The reasoning for thick, low-impedance cables is sound. But I can’t say that they made a difference I could hear. I purchased a pair of Van den Hul interconnects specifically to attempt to identify an improvement, or at least a difference, in sound. I could not. I am certainly not going to try to dissuade anyone of their existing views on the differences between cables. I’m merely noting that for me, the audible differences delivered by expensive cables have time and again proven to be entirely elusive. 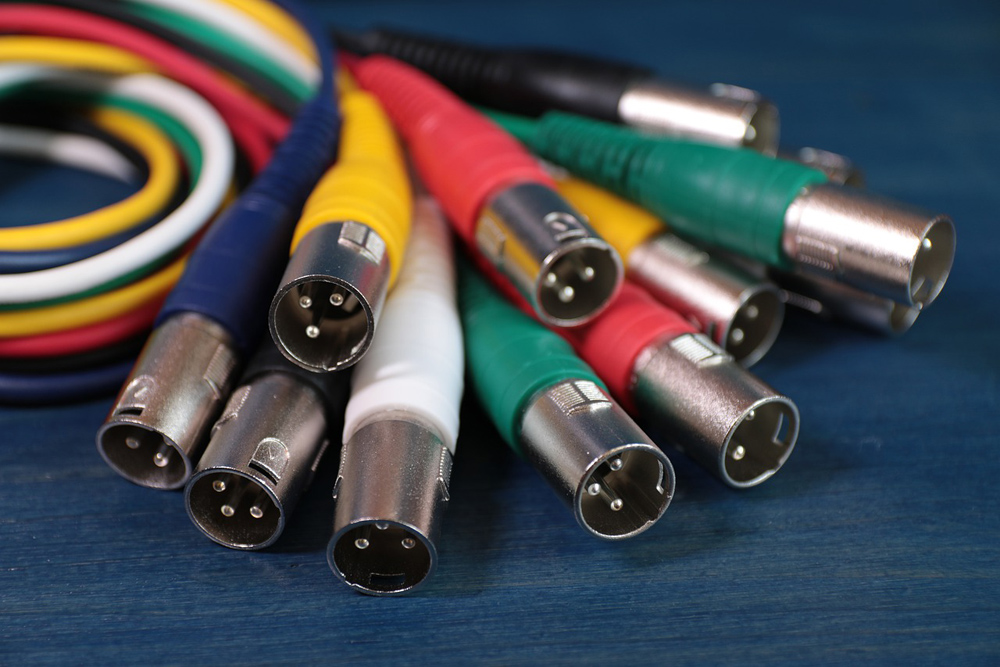 The cables I use for loudspeakers are thick, multicore, OFC. For interconnects, I use cables I myself assembled, using high quality twin-core shielded microphone cable. The plugs are Interdyn-branded screw-clamping gold-plated models. That is, you turn the outer sheath and they clamp down on the socket. The ‘return’ conductor is soldered at both ends. The shielding at one end only.

Instead, I promise to try to convey as effectively as I can after more than 23 years in this business what I hear. And most of all, I hope to identify items of high-fidelity equipment which can provide that magic that we all seek.