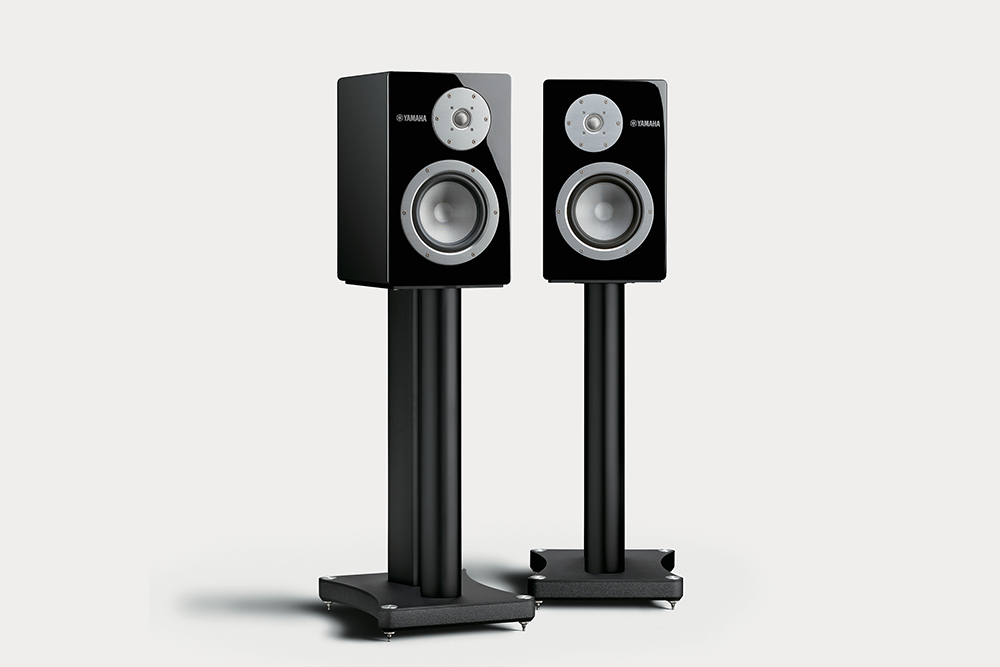 When I was young, it was conventional wisdom in the high-fidelity community that Japan was one of the best places from which to acquire the electronic components of your audio system. But your loudspeakers really ought to be American, British or, perhaps, European. Meanwhile, Yamaha – a Japanese company if ever there was one – was producing the Yamaha NS-10, or what has been described as “the most important loudspeaker you never heard of”. In the late 1970s and through the 1980s the NS-10 became almost ubiquitous in recording studios, principally for their revealing nature. So what do we make, now, four decades later, of the Yamaha NS-3000 speakers? At just under AU$13,000 per pair for mid-sized two-way speakers, we’re talking about Yamaha firmly placing itself in high-end territory.

I was, but ought not have been, surprised at the price. Our editor reviewed the Yamaha NS-5000 speakers on this very site, and they are even pricier (a second opinion follow-up to the original review by Joshua Givorshner here).

The Yamaha NS-3000 speakers are, as I said, mid-sized, 2-way speakers intended for stand mounting. Indeed, once I knew the speakers were coming my way, I asked Yamaha if they could also send the matching SPS-3000 speaker stands (AU$1,499), which they did.

The first thing to note is these are relatively heavy loudspeakers: 13.1 kilograms each. That kind of weight suggests an exceptional build. They are 244mm wide, 394mm tall and 326mm deep. Yamaha designed them in part using finite element method and laser measurements. FEM is an advanced, computerised system for analysing structures. Yamaha used these techniques to “determine optimal reinforcing of the cross piece”, in conjunction with a newly-optimised ‘Acoustic Absorber’, to suppress vibrational distortions from the enclosure surfaces.

The enclosure is bass reflex loaded with a rear port. Foam pieces are included for stuffing the ports should your room require a different bass treatment. The finish is black piano gloss. And if there’s anyone who knows how to do black piano gloss, it’s Yamaha. These speakers were simply glorious to the eye. They are supplied without grilles so you can see two drivers. They come in matched pairs, with the tweeters slightly offset towards the centre. 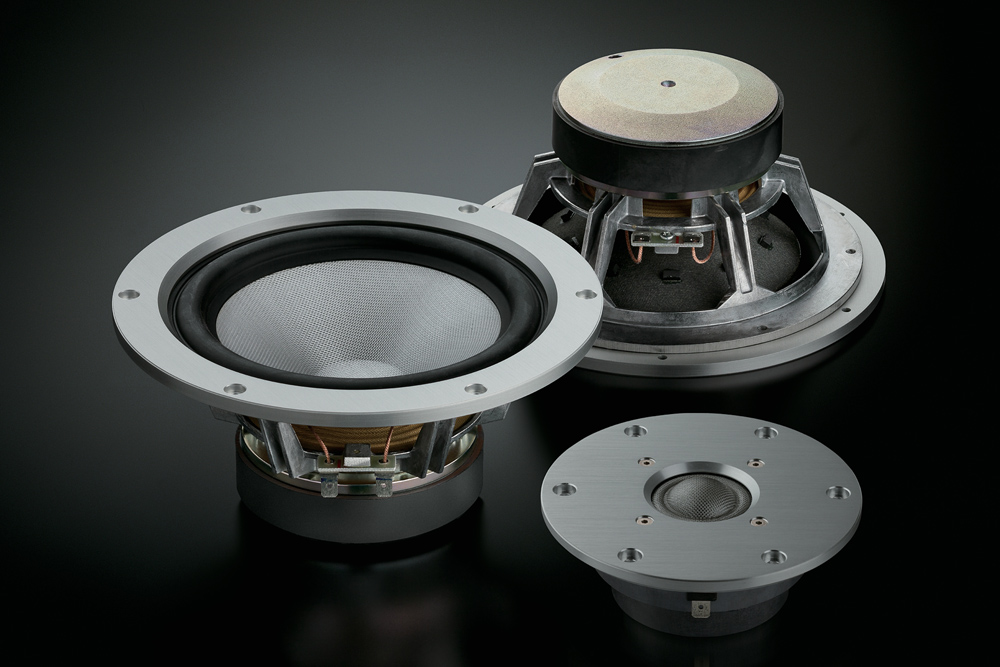 Both the tweeter and the bass/midrange employ poly (p-phenylene-2,6-benzobisoxazole) for their dome or cone construction. And I’m sure we all know what that means! Actually, it’s the proper chemical name of Zylon, a relatively newly-developed synthetic polymer that’s heat and flame resistant and has a tensile strength of 1.6 times that of Kevlar. In Formula One racing, Zylon tethers are used to hold wheels to the car in case they should come loose and, if you see a SpaceX spacecraft being lowered to earth by parachute, the suspension lines are likely made of Zylon.

The tweeter is a 30mm unit, the same as that employed in the NS-5000 speakers. It is notable for having a specifically-designed resonance suppression (RS) chamber behind it. The bass/midrange driver is a new 160mm unit. The speaker terminals are made of solid brass. The speakers are not set up to be bi-wired.

Here’s an email I drafted a few weeks ago but didn’t actually send. It was intended for our editor and it was about these speakers. I wrote:

“Um, how committed are we to this review? I was really keen on doing them but after a few weeks, hoping that listening to this piece of music, or that, I'd find them becoming something more than, well, boring. For thirteen grand I'd expect something exciting, perhaps with a bit of personality. If surrendering that for mere clinical accuracy, then I'd hope for something a bit solid in the bass.” 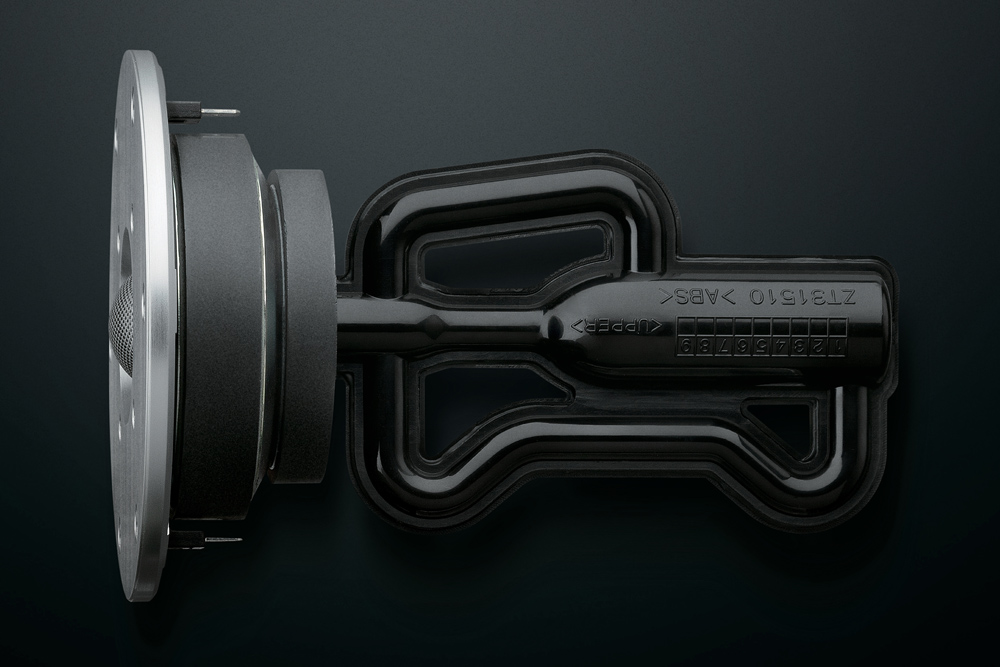 But I held off sending the email for a little while longer. And then something happened. These speakers started to change. It was subtle at first, but noticeable. So I persevered, playing them as much as possible while I was doing other things, or writing about other stuff. The Yamaha NS-3000 loudspeakers simply came to life. They changed character completely.

They became lively, dynamic and delivered a real presence to the music. The really deep bass remained absent, of course, but the mid-bass which had seemed recessed initially, kicked in and added to the now great musicality delivered by these speakers.

There’s a lesson to be learned from this. RUN. THEM. IN.

I imagine that we’ve all made the odd misstep in our musical and Hi-Fi journeys. I’m certain I’ve made (at the very least) my fair share of them. One particularly galling one was when, a few decades ago, I resolved to switch fully from vinyl to CD and sold off my records as I replaced them with the digital versions. One of those records was a Mobile Fidelity Sound Labs Half Speed Master version of Abbey Road. What an idiot that younger Dawson was!

So, for me, Abbey Road has been a digital-only affair for at least thirty years. As I’m sitting here in the proper position in front of the Yamaha NS-3000 loudspeakers I have a newly purchased Abbey Road spinning on the Rega Planar 3, and “Oh! Darling” is thundering – there is no other way to listen to this song than to have it thunder – from the NS-3000 speakers. No, it’s not a half speed master. It’s the fairly newly mixed Anniversary Edition from 2019.

And though slightly more than half a century old, this music delivered by the Yamaha speakers, driven by the ample power available from Vidar amp, was slightly troubling. The nominal impedance of the Yamaha speakers is 6 ohms. The Vidar is rated at 100 watts into 8 ohms (I have measured 134 watts) and 200 watts into 4 ohms (I have measured 212 watts), so I figure it’s easily able to deliver the 60 watts (nominal) and 120 watts (maximum) for which the NS-3000 speakers are rated. 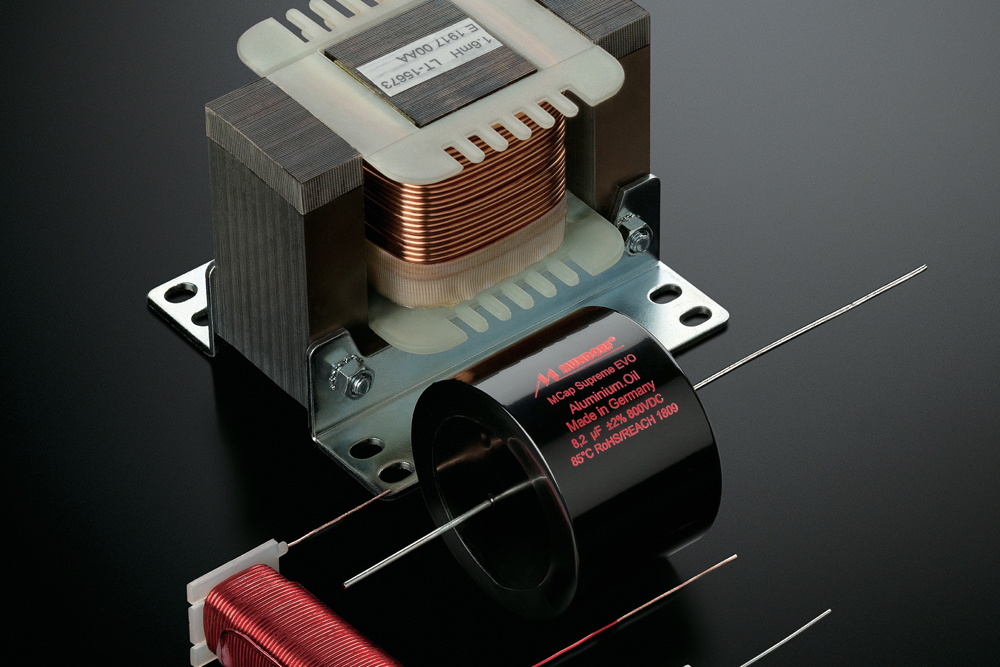 So, back to Abbey Road. The insistent thud of Starr’s drum kit on “Come Together” was delivered with extraordinary power. There was a mid-bass emphasis on McCartney’s bass guitar which suits the track well. Speaking of bass, there were surprisingly powerful notes in Starr’s “Octopus’ Garden”.

You may have noticed that I’ve not said much about imaging so far. The speakers certainly provided with this album clear and focused imaging across the width of the sound stage, but this is not a go-to stage depth.

But what was troubling was the surprisingly high level of groove noise. Not clicks, of which there were only a couple, but residual random noise in the groove which became clear during fade-outs and between tracks. (I checked: the noise averaged just 36dB below the peak sound level. I guess I won’t be using the album much for reviews.)

So how about an actual half-speed mastered record? I bought my copy of the CBS Master Sound “Audiophile Pressing” of Billy Joel’s 52nd Street back when such a record could be bought new from David Jones for $15.99.

Ooh. Ooh. Oh! Sorry Beatles, this is how a record is supposed to sound. Well, not exactly. The mix is a bit strange in the opening “Big Shot”, with a slightly unfocused cymbal sounding way off beyond the left speaker, while the rest of the mix was in a narrow band towards the centre of the speakers. The relative silence between tracks – and in the quiet parts within tracks – was stunning. So much for a new pressing on Abbey Road. Part of the relevant difference between noise was because the Joel was mastered at a much higher level than the Beatles. 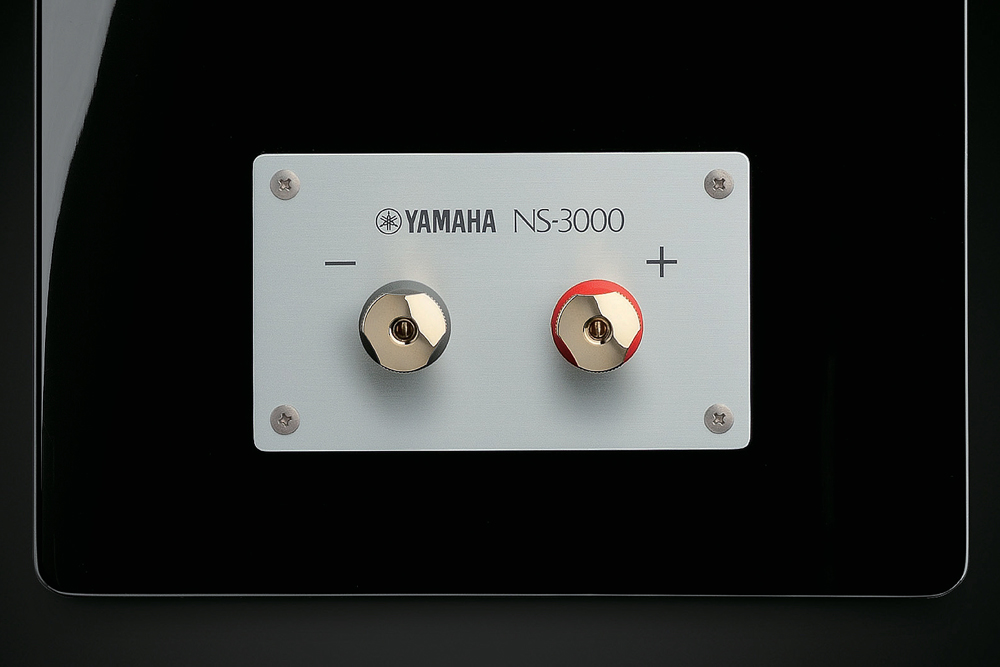 The next track, “Honesty” had a much more natural stage presence, and a lovely delivery by the Yamaha speakers of Joel’s voice. The decade since the previous album clearly improved recording techniques. Another difference was there seemed to be a constraint on the deepest bass. But having come from the older album, remixed and remastered, which seemed to extend further into the deep bass, I realised that this was due to the record mastering of the day. They held back on deep bass – too much record real-estate is consumed by it. The remixed Abbey Road, it seems, solved that problem by reducing the overall level. Anyway, the bass on 52nd Street was solid and strong, and there was a nice thump on the kick drum but with a very slight diminution of the body I would have preferred.

I listened to a lot of vinyl with these speakers, but it’s almost time to move to modern digital stuff. So let’s finish off the analogue with the 1982 Album Cha by Jo Jo Zepp and the Falcons. I bought this one for the superb cover of Burt Bacharach’s “Walk On By”, which had some radio play back in those days. As far as I’ve been able to determine, this album has never made it into a digital format, so vinyl it is. No half speed mastering here, but this must have been an early album in the pressing run. It’s clean, low in noise and wonderfully dynamic.

The bass thump was good through the NS-3000s, again with the feeling that there may be something a little deeper omitted. But there I was, playing back this almost-ancient record at a ridiculously high level and the sheer coherence of the sound, the perfect tonal balance, the ability to focus on any one element in the music and follow it without confusion was in itself revealing. All that was top tier among the many, many, many speakers I’ve reviewed over the years.

Now, let’s move to some music unconstrained by LP limitations. First, Billie Eilish’s album When We All Fall Asleep, Where Do We Go? This album is distinguished for many reasons from others of the genre. One of those reasons is the bass, which I take to be produced artificially by her producer brother. Normally I listen to this album with a system combining a pair of KEF LS50 speakers and a 10-inch Earthquake subwoofer. Had I not been so pre-conditioned, I would have been simply amazed by the bass delivery of the Yamaha NS-3000 loudspeakers. No, of course they don’t deliver the deepest bass. But they extend far enough down to make you think these are much bigger speakers than they really are. 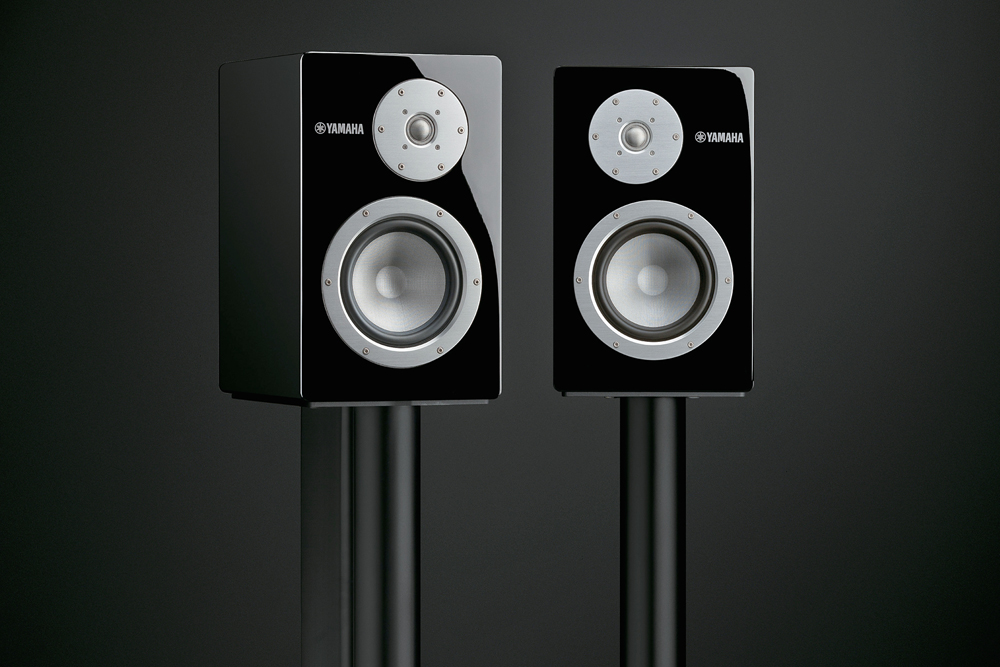 Some years back I purchased a CD simply for one track which I’d heard at a speaker demonstration. The album is Jazz by Ry Cooder, and the track was the nearly-acapella number “Nobody”. (What, you don’t have it? Dial up your favourite streaming provider and have a listen now!). I’ve played this track a hundred times or more, often while reviewing gear, which means listening with very close, critical attention. And this time it was delivered with a very rare presence and precision, with a spread of voices which were simply there, individually within my room.

These loudspeakers are so revealing that they highlighted, and thus I heard for the first time ever, a switch 54 seconds into the track, a diminution of background noise, marking the removal of an instrument or microphone track from the mix. I had previously assumed a naïve acoustic recording with a couple of microphones and a bunch of musicians. Nope. The Yamaha NS-3000 speakers revealed that relatively conventional recording techniques had been used… and it simply became necessary to switch someone off during the recordings.

A note on Yamaha’s tuning. At one point I used a tightly bristled brush to clean my turntable’s stylus, having forgotten to mute the amp or change the input. The speakers handled it comfortably, but the excursion on the bass drivers was something to behold. Yamaha has clearly designed this system with a bias towards producing whatever signal is delivered to their terminals, not so much with an eye to protecting themselves.

The Yamaha NS-3000 loudspeakers are beautiful in every way: for listening and for looking at. If shopping at this price point, find a retailer and have a listen. There’s a good chance that you will, as I did, fall in love.

But remember. RUN. THEM. IN.