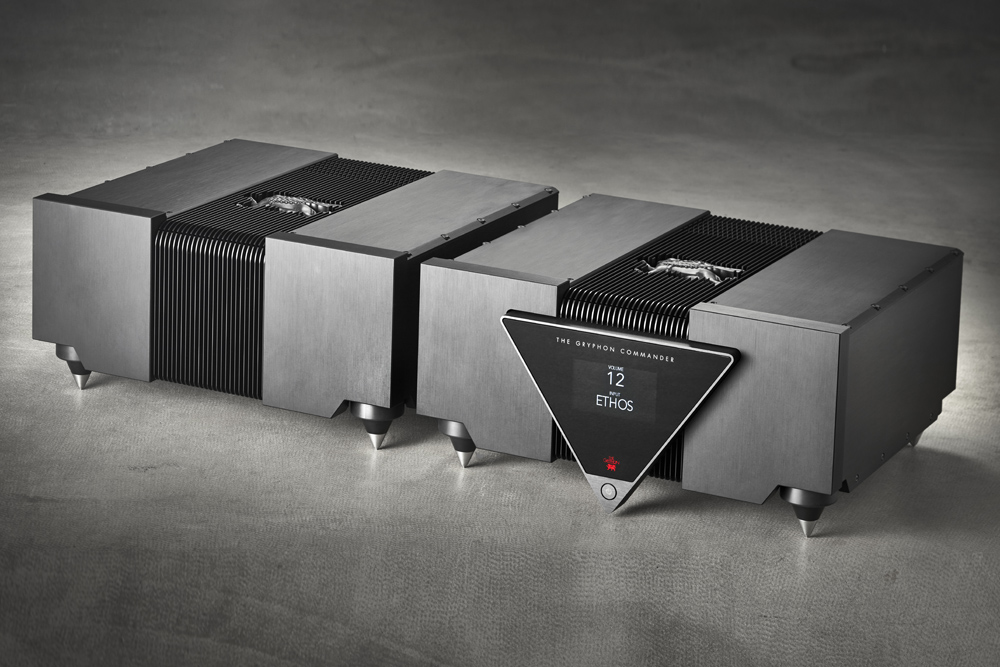 Danish audio specialist company Gryphon Audio Designs takes it to the next level with its no-holds-barred new flagship Commander preamplifier and Apex monoblock and stereo amplifiers.

In a move which would make Sarah Lund blush, Gryphon (for short) has taken Nordic Noir to the next level with its new statement amplification models. The new Commander two-box preamplifier, Apex monoblock and Apex stereo amplifiers are a summation of the company’s over 40 years of acclaimed amplification design. Most particularly in terms of power amplifiers, the much-flaunted but, in reality, quite rare pure Class-A circuit design has been the preferred topology for Gryphon Audio Designs’ upper echelon amplifiers since the company’s inception and its much-revered DM-100 amplifier. 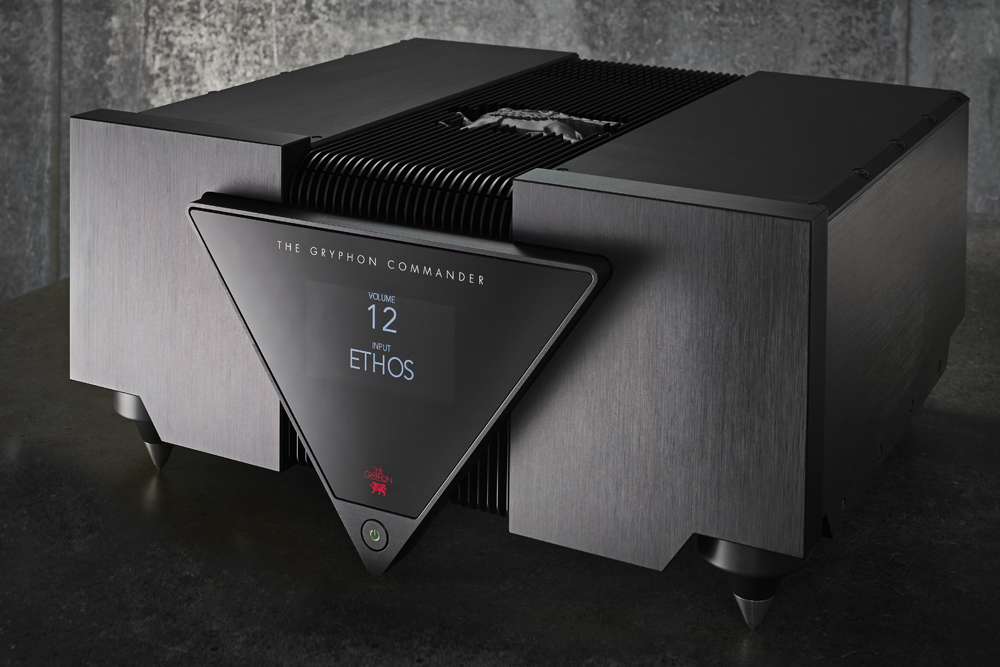 The new Commander is a refinement of the previous top-most model, the Pandora stablemate, and takes that much-vaunted preamplifier to an even higher class. The dual-mono Commander also separates its power supply and signal circuitry in independent chassis while building on the Pandora’s own massive power supply design. A circuit-simplifying Class-A input buffer passes the signal only via a pair of transistors and a single resistor. Gryphon also states the Commander’s ‘voltage reference’ has 50 times lower noise. The fully discrete twin linear power supplies are massive and feature four custom-designed low-noise toroidal transformers of which two are made available for upcoming Gryphon source components while the other two serve the Commander’s own power supply scheme. 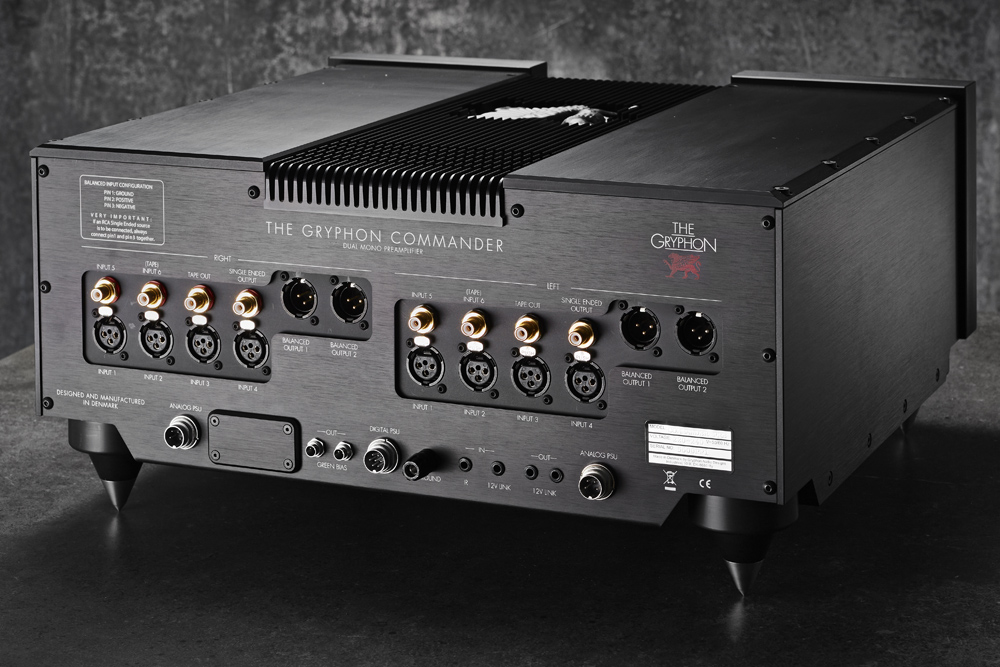 Naturally, there’s comprehensive input and output socketry round the back, with the Commander offering several single-ended RCA and balanced XLR options to cater to the most complex of systems. Gryphon’s ‘Green Bias’ circuit is once again employed, with the unique arrangement coupling to the Apex monoblocks (and other Green Bias-capable Gryphon amplifiers) in order to control the Class-A output based on listening level.

The chassis is assembled from heavy gauge aluminium and is reinforced via a new bottom panel design which employs a constrained layer-damped plate in order to provide added stiffness and vibrational distortion control. A 4mm glass display window in a triangular shape (reminiscent of the glorious Ethos digital player) provides system status and functional information while allowing for visual feedback of the extensive customisation options. 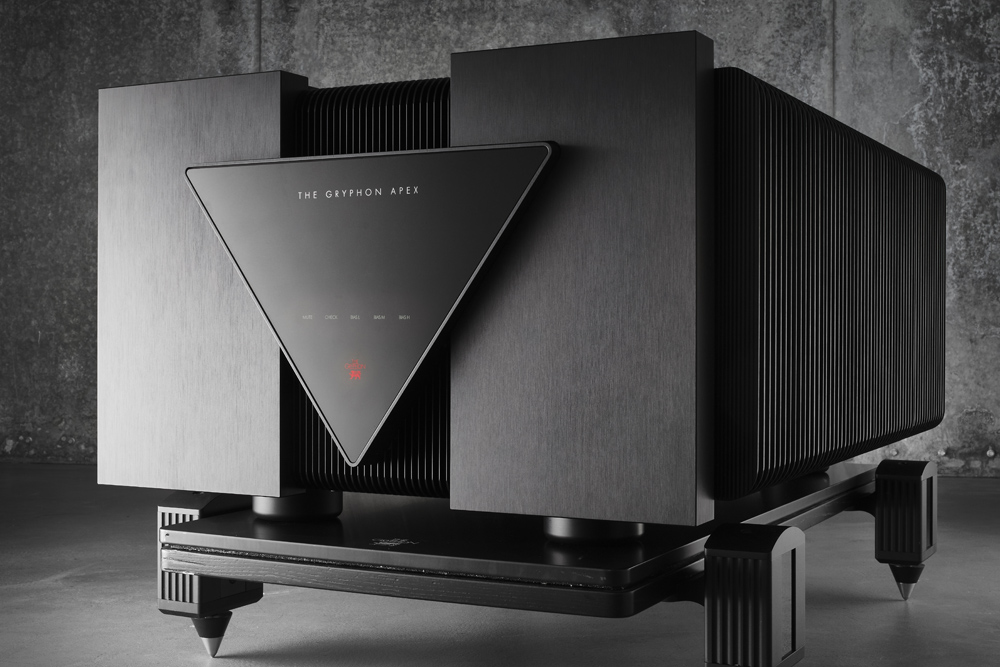 The true-balanced Apex amplifiers again reflect an uncompromising design mandate. The massive units operate, naturally for Gryphon, in pure Class-A (more than 200 watts into 8 ohms and rated to 1800 watts RMS at 1 ohm) and are rated to effortlessly drive loads down to the lowest impedance values. In other words, there’s no loudspeaker in existence which the Apex amplifiers cannot drive. In fact, Gryphon states the Apex amplifiers have a “virtually limitless reservoir of power and current…”. 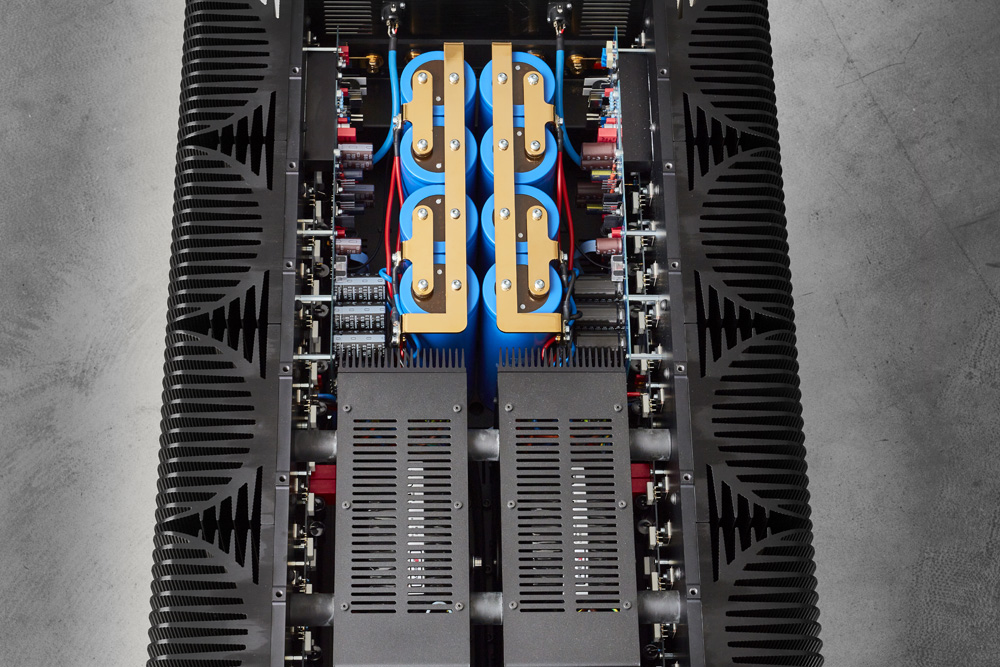 The statement is no exaggeration. The Apex monoblocks power supply is nothing short of staggering. Each of the monoblock amplifiers features a capacitor bank rated at 1 Farad, two 2KVA custom toroidal transformers and a grouping of 64 high-current bipolar transistors. Again, the chassis are massively built and feature constrained layer-damped panels making the stereo amplifier weigh-in at 200kg and the mono amps at double that weight.

Of course, there are only balanced XLR input options as has been the case with Gryphon’s larger Class-A amplifiers and the Apex amplifiers now introduce a new proprietary high-current loudspeaker binding post design. As true dual-mono designs, the Apex amplifiers feature two IEC sockets and associated on/off mains switches. The Green Bias socketry is also present on the rear panels. A triangular panel, reflecting the Commander’s own, is employed for displaying the Apex power status, mute, Class-A level (Bias Low, Medium and High) and other functional information. Gryphon has also announced a bespoke ‘StandArt Apex’ amplifier stand which mates with both the look and the dimensions of the amplifiers. 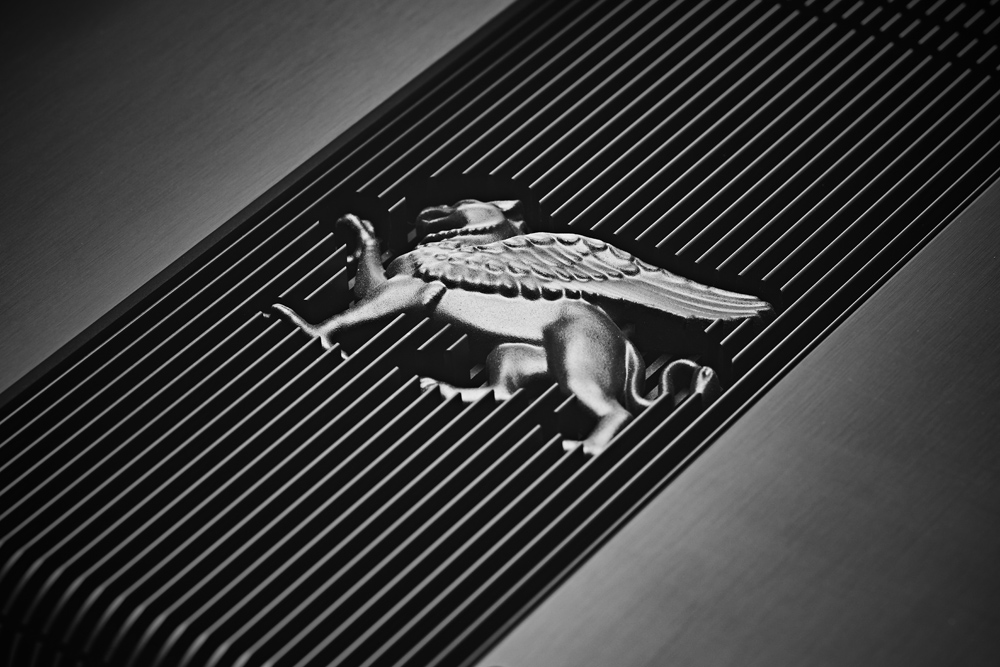 The new Commander and Apex stereo and monoblock amplifiers are slated to hit the market in Q1 2022 and will be available to audition via arrangement with Australian distributor Kedcorp. SoundStage! talked to Sales Director Rune Skov regarding this important launch on our YouTube channel (click here).